Our Gift To Henry Cavill: A Message Of Hope This Holiday Season

You've seen him do it day in and day out. Henry gives so much of himself in everything he does. From training hard to achieve his Man of Steel physique and inspiring others to achieve their goals, to making sure every fan he meets knows how much he appreciates their support. So as we wondered what to give him for Christmas, we thought why not just pay it forward and give others the gift of hope. And like Henry mentioned while talking about the character he will once again embody in the Man of Steel sequel, what could be better than that.. (at 4:10).

Why do you think he's endured for 75 years?.. what is it about this character that we cling to?

It's the inherent goodness in him I think, as much as people say oh, it's boring.. it's not. It's everything that people want to be around good people. And he will quite happily let you feed off his goodness and his energy he'll give to everyone constantly. And that's what the comic books are about, it's about doing the right thing, having those good people in your life and being a good person to other people. It makes people feel good when you do the right thing, just because.. afterwards it feels good, it feels right somehow. And it's not like oh yeah I feel good now, I'm gonna keep on doing it because it makes me feel good. It's just.. it feels right, and there's something special about the comics and the movies and everything else that makes people feel that way. And above and beyond all that hope. He just represents hope and in every walk of life we need it.. throughout history we've needed it, human history and will continue to need it for the rest of our futures.
For the next 12 days, we'll be doing anonymous random acts of kindness in honor of Henry, and asking you to do the same. It could be anything from helping your neighbor with a bag of groceries, to offering a warm smile to a stranger.

Here's the thing.. while they won't know why you're doing it, we do want you to share the good deed with us via twitter/Facebook/henrycavillnews@gmail.com.

We'll be sharing some of your good deeds with other fans online and then on December 12th we'll collect all your messages, and send them to Henry in a Christmas card. Your gift to let him know how many people he's touched with his kindness and inspired with his courage, talent and determination. The gift of hope. 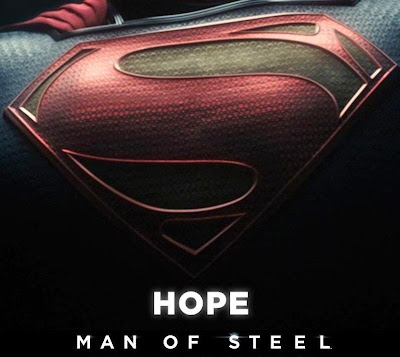