Exclusive: Rob Jones Takes Us Behind The Scenes Of U.N.C.L.E.

It's the last week on The Man from U.N.C.L.E. set. And while Henry has finished his work, there are more scenes to be filmed before a production wrap Saturday. We caught up with musician and actor Rob Jones (robmissingandy), who is still working on U.N.C.L.E. at the Warner Bros Leavesden studios. From candid moments on set, to what he thinks Henry will bring to the role of Solo, this is one exclusive we think you'll really enjoy. 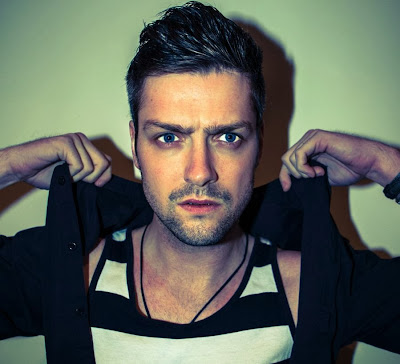 How did you get involved in The Man from U.N.C.L.E.?

There are a good handful of us who share the same agent who have fire arms training which was the first step. Myself and the other chaps in the scene all look kind of similar and had the same kind of build. There was a uniformity between us which was integral to these scenes.

What can you tell us about your role?

Its tough to really answer without giving away details of the scene. Lets just say if there are goodies and baddies in the film, I'm one of the employed baddies and it seems none of us are a very good shot!

You got to work with Henry Cavill in the film, how was that experience like?

Henry was cool. Very polite and pleasant to all. When on set, celebrity doesn't really cross my mind. (or off set for that matter!). We're all there to do a job, so we get on with is is professionally as possible. There's time to chat between scenes if you're not stuffing your face with cake and waffles! haha 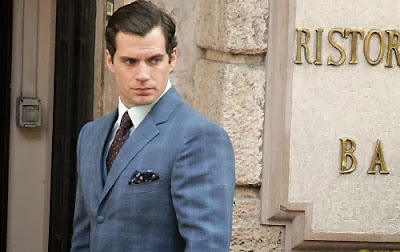 You saw him portray American spy Napoleon Solo, what do you think he'll bring to the role?

I think despite the era the film is set in, he will modernise Solo while maintaining the roots. He was great in The Tudors and awesome in Superman. I've no fear, especially after witnessing one of the bigger action scenes of MFU, that he's adaptable to anything!

Any pranks or funny moments on set that you can share?

I think there was a competition at one point to see who could eat the most ham & cheese toasties. haha. It was certainly cold at times so you need to keep the morale up, which on this set was no problem.

Did you get to go on location, can we get details on that?

My scenes were on studio sets, big BIG sets! They're not holding back on size here!

What can you tell us about working with Director Guy Ritchie, rest of the cast/crew?

Top drawer if you ask me! The schedules were always met and even under pressure, everyone was super kind and it was a pleasure to be there among them. Now and then Guy would pick up his guitar and jam subtle tunes on the background while the scenes were being set. it really seemed to lift the spirits. Quality! I was tempted to grab it off him but I wouldn't wanna steal the show haha!

As fans, what can we expect from U.N.C.L.E. when it's released in theaters? 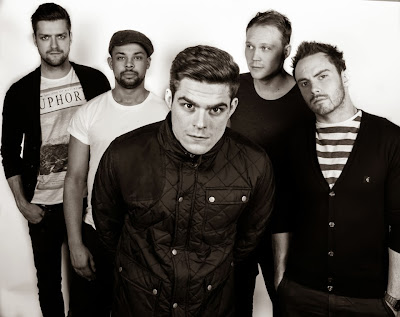 You're not only an actor but also a talented musician with your band Missing Andy, so how do you make both work for you with such a busy schedule?

They work very much in tandem. When 'Missing Andy' release an album, I can expect to be busy every night for a few months on the road touring. We are aiming to release our 4th album in April, which means I'm on the road solid to around June, then festival season begins which is mainly weekends, then towards the end of the year we'd hit Europe. Its kind of summer onwards that I get space for the acting jobs and towards the end of the year I'm busiest with it. Variety is the spice of life!

Will we see you at the premiere of The Man from U.N.C.L.E. hopefully at the end of next year?

Really depends on schedules at the time. Its too hard to say for sure, plus they're a hot ticket. I'm back on set Tuesday standing in so I should probably butter someone up haha.

Anything else you'd like to add about your experience working on the film?

We'd like to thank Rob for chatting with us about his role in The Man from U.N.C.L.E. and what we can expect when the film is released sometime late next year. If you want to check out Rob's music and learn more about his career follow the links below. We wish him and the rest of the cast and crew good luck with the film. We already know it's a winner!

Email ThisBlogThis!Share to TwitterShare to FacebookShare to Pinterest
Labels: Exclusive, Rob Jones, The Man from U.N.C.L.E