More Kudos For Henry Cavill As 2013 Comes To An End 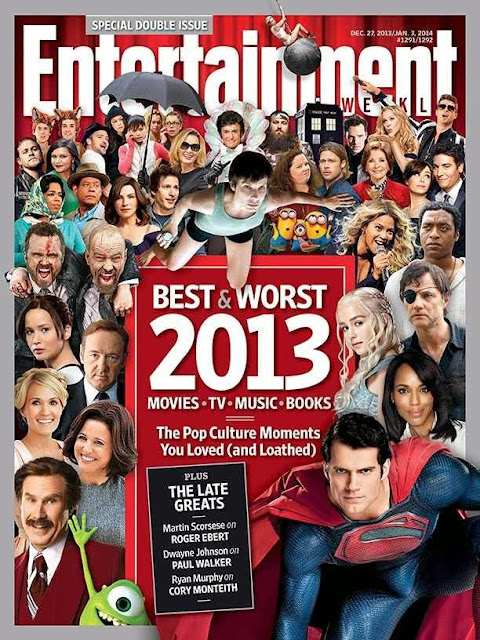 It doesn't get any better than this. As 2013 wraps up, Henry is getting all sorts of recognition for his role in Man of Steel. We're still jumping up and down in celebration (seriously), after learning he's up for a Critics' Choice award. Mind you, he got the only nod for Man of Steel.. way to represent!

And the kudos just keep coming in. Henry is front and center on EW's cover of  its Best & Worst of the Year issue. UPDATE: Here's the only appearance of Man of Steel that we found inside the magazine. There's also a brief mention on how the film was criticized for its violence and how people forgot all about it once Batman vs. Superman was announced. 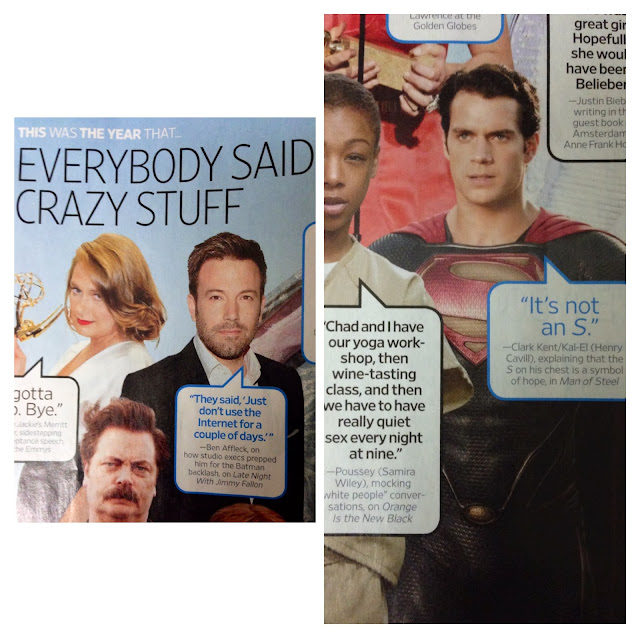 Yahoo UK named Henry a Breakout Star of 2013, while the Huffington Post lists him among its 19 Best Breakout Performances of 2013. 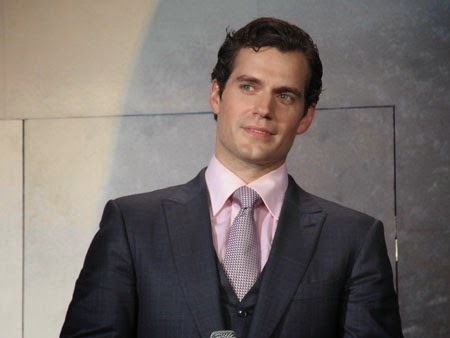 
For many years Cavill was the nearly-man of Hollywood. He famously auditioned for Bond and was almost Batman too, before Christian Bale won out. ‘Man Of Steel’ might not have been his first time as Superman either, since he tried out for the 2006 sequel. But as Clark Kent in this summer’s blockbuster, he showed his leading man credentials and acting ability too, proving he has got what it takes.

Man of Steel is also getting end of the year mentions, including in a must read article by HitFix that highlights the reasons why the film is a winner. You really want to check it out.

In 2013, Man of Steel was the most searched movie on Google and its soundtrack was one of  iTunes Best of 2013 titles.

Don't miss this great pre/post reel by Raffael Dickreuter, that shows the work that went into creating Superman's world in Man of Steel.


As we look ahead to the sequel, Total Film got stars to pick their fave between Supes and Batman. We love you Hugh Jackman, Harrison Ford and Tom Hiddleston. More to come!

Email ThisBlogThis!Share to TwitterShare to FacebookShare to Pinterest
Labels: Batman vs. Superman, Buzz, Henry is THE man, Man of Steel