Yoni Nadav‏@YoniNadav
“@dpwestwood: Could this be the last day shooting on MFU?! Surely not..... 😗” it really is! You should have seen the goodbye Henry got 👮🎬 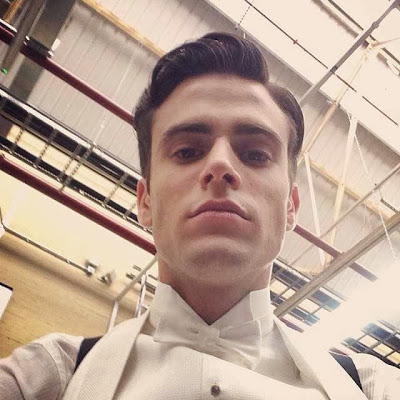 Just like that, we go from covering filming updates to post-production news. Actor Yoni Nadav will reportedly play a young Solo in The Man from U.N.C.L.E. and he said his goodbyes on twitter over the weekend (yes, Yoni we saw the farewell Henry got). We also heard from 2nd unit film assistant director Terry Bamber, who shared amazing pictures of some of the locations we will see in the film. 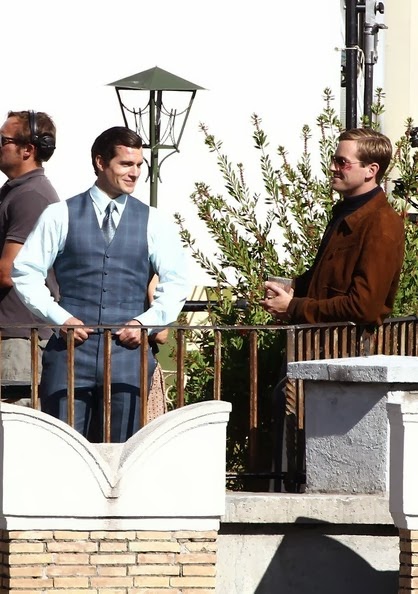 The wrap party took place Saturday in London, and already the buzz for the film has begun. Movie Moron calls The Man from U.N.C.L.E. one of the Top 30 Best New Movies Of 2014:

The premise and sensibility are well suited to director Guy Richie’s skillset. He reimagined Sherlock Holmes with considerable success and should get good quirk and interplay out of the otherwise bland pairing of Cavill and Hammer. Hugh Grant will be fun as their boss Waverly. David Beckham makes his Hollywood debut. 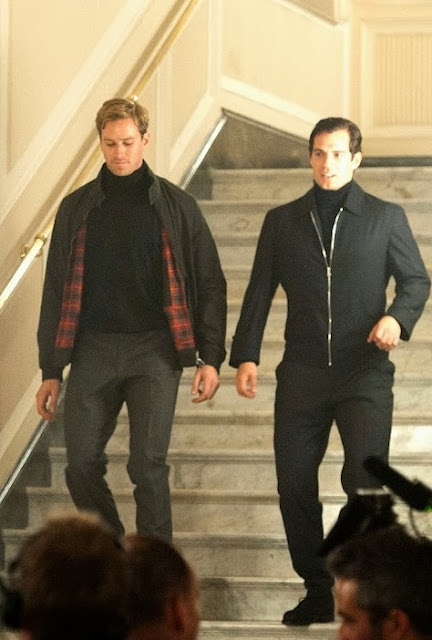 "Bland pairing?" we can tell you right now, Solo and Illya will rock the screen. Catch up on all of our U.N.C.L.E. coverage so far. Much more to come!