Fan Of The Week: Gordon Shares Details Of His 'Man of Steel' Tattoo

When Gordon O'Brien posted this amazingly realistic tattoo of Henry as the Man of Steel on Instagram (Geo_Brien), we just had to know more. What we learned is really inspiring. Check out our interview with this Superfan of the week. 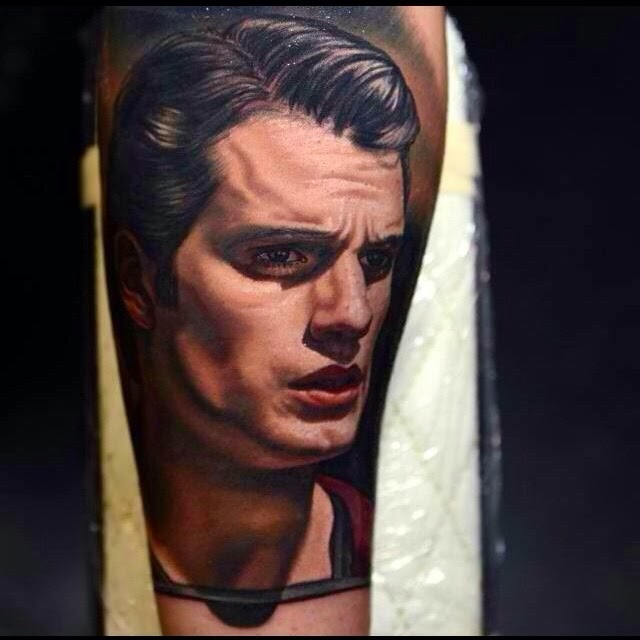 What inspired you to get the 'Man of Steel' tattoo?


I was a huge superman fan growing up. I used to watch all of the Christopher Reeve Superman movies but when the TV show "Smallville" came on, I started to learn more about the character and life of Superman. I felt that I could relate to him for these reasons; I grew up as an only child and was a bit of an outsider growing up and the values and teachings my parents instilled in me I felt were similar to the character of Superman. Perfect examples are to stay humble, respect your elders, treat everyone equally, remain calm and patient when going through a difficult time and to never give up on someone you care about. When I saw the "Man of Steel" movie, I knew I wanted to get a tattoo of Superman. 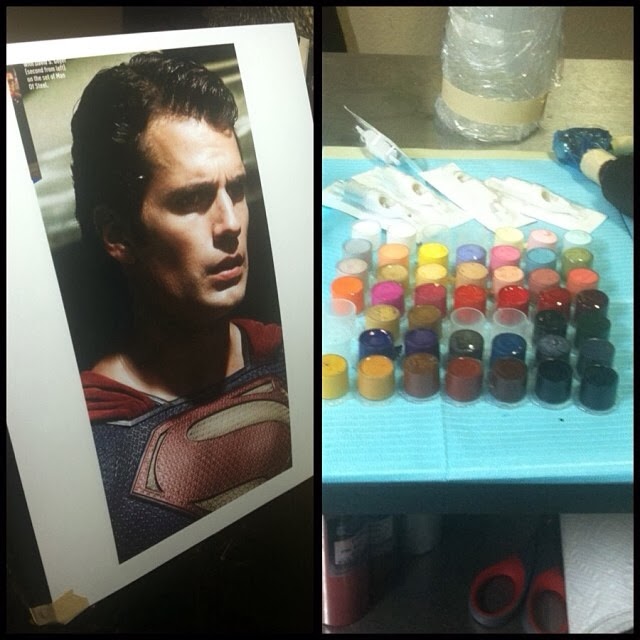 Why did you choose the pic you did?

The artist and I agreed that we wanted to find a heroic picture of Henry Cavill, that when you see the tattoo you think Superman or "Now that's a Superman tattoo" if that makes sense. So we both felt that the picture we decided to go with had all of that and also had some nice detail in the face along with nice contrast from light to dark. Especially with the shadows on the face.

Can you tell us about the process of getting it? artist/pain level..

The artist for my piece is Nikko Hurtado. He is known for his photo color realism and is one of the best tattoo artists, if not the best in the world. He tattooed "The Dark Knight" on me in July and a few months later, I got in contact with him about doing the "Man of Steel" tattoo. 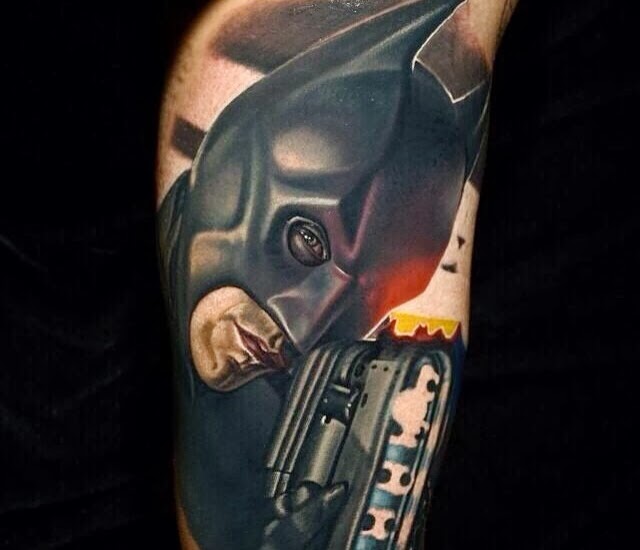 Luckily he was interested and said yes. There was some pain while I was getting tattooed, especially since the week before Nikko had just finished tattooing my Dark Knight piece on my left arm (companion to the Man of Steel one). So since my Dark Knight piece was still healing, that's what made it hurt a little more while I was getting my Man of Steel tattoo. But it was totally worth it.

Have you gotten any feedback on your new tattoo?

Even though my tattoo isn't finished yet, I have received a lot of positive feedback from people that I come into contact with. I've had people tell me that my tattoo looks so real and 3D like. Others have said it looks so real and looks like a painting at the same time.

Looking ahead to the sequel, do you think you might be getting more 'Man of Steel' related tattoos?

Probably not, only because I can't relate to the other DC comic characters. The main reasons why I got The Dark Knight and the Man of Steel tattooed on me, is because I feel that I can relate to both characters on a deep level.

We'd like to thank Gordon for taking the time to talk to us. Mind you, there is still more work to be done on his Man of Steel tattoo. We'll check in with him and bring you an update once it's finished.