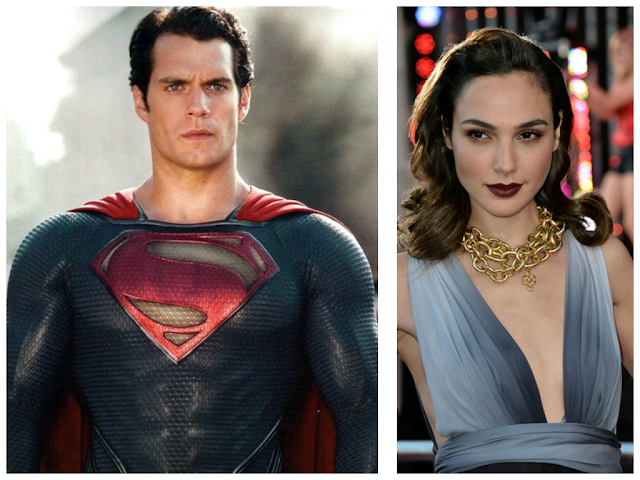 Gal GadotVerified account‏@GalGadot
I'm overwhelmed from all the love and positive feedback... I have the best fans in the world - THANK YOU!!! #WonderWoman #sohappy

Variety was first to report today that Gal Gadot has been cast as Wonder Woman in the Man of Steel sequel. The news was followed by director Zack Snyder's first comments on her casting:

“Wonder Woman is arguably one of the most powerful female characters of all time and a fan favorite in the DC Universe. Not only is Gal an amazing actress, but she also has that magical quality that makes her perfect for the role. We look forward to audiences discovering Gal in the first feature film incarnation of this beloved character.”

And that's not all, there's also word the film is about to cast a villain and that The Flash may also appear in the Man of Steel sequel. Read the rest at Variety.

As for what Wonder Woman will be doing in Man of Steel 2, The Hollywood Reporter has a few ideas. They highlight the fact that in the current DC world, she's Superman's girlfriend:

With this comic book focus on Wonder Woman's love life -- and the related emphasis on her as someone to fight over, as opposed to fight beside -- it's no wonder that some comic book fans are nervous about the idea of Wonder Woman being added to a movie that's so far been described as "Batman vs. Superman." That movie's going to be pretty busy just with those two alpha male egos clashing. Will there be any space for Wonder Woman to show up and show off what she can do -- or will she end up being reduced to the role of love interest for one (or both) of the more familiar male heroes?

THR has much more to share. We think Gadot is a great addition to the cast and while we hope she kicks some serious butt, we wouldn't mind seeing her flirt with Superman. What are your thoughts on this latest casting news? - surely more announcements to come as filming gets closer!
Posted by Blog Administrator

Email ThisBlogThis!Share to TwitterShare to FacebookShare to Pinterest
Labels: All About Henry, Casting News, Costars, Gal Gadot, Man of Steel 2