We could watch this extra from the Man of Steel DVD all day long..

The confirmation is in everyone! - the Man of Steel suit is getting a facelift. The news came straight from the costume designer. Michael Wilkinson talked to CineMovie about working on a new Batman suit and updating Wonder Woman's look for the sequel. He also confirmed he's "tweaking" the Superman outfit:

“We are now in the stage where we’re refining our designs with the last series of camera tests and doing our final tweaks in preparation for shooting.”

While we thought Wonder Woman would maybe make a cameo in Man of Steel 2, after reading what producer Wesley Coller told Mlive, we're not so sure anymore:

“We’re super excited to have her in the film, it will be a ton of fun, but at the same time, we’ve got to stay focused on the film we’re working on now.” 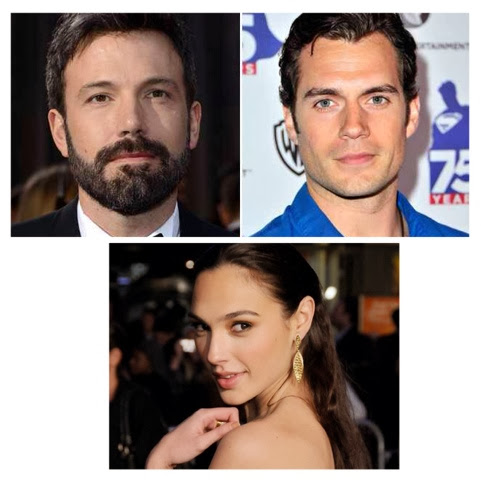 That sounds like more than a cameo to us! - but let's not get ahead of ourselves. Read what else Coller had to say, including his reaction to the fan backlash over the Batman/Affleck casting.

As we wait for more casting news to break ahead of the start of filming in Detroit, a few more shout-outs for the film that made it all a reality.

Indie Wire mentions Man of Steel on its list of  the 15 Best Action Sequences of 2013, while Total Film calls the final fight between Supes and Zod: "the super-scrap to end all super-scraps."

Less than two months to go until the Man of Steel sequel gets going and we'll be here to bring you the very latest as it happens.

UPDATE: The very trustworthy @Lemon_buzz has confirmed what we had been hearing for a few months. Vancouver is back in as a Man of Steel 2 filming location, along with confirmation for Morocco. The news was reportedly issued in a press release she received today.

Lindsay‏@lemon_buzz
Batman v. Superman Press release: Detroit will be the location that will stand-in for Gotham City. Add'l filming in Vancouver and Morocco.

Lindsay‏@lemon_buzz
Cont'd: Superman and Batman meet for the first time on film, along with Wonder Woman. Principal photography is now set to begin in Feb 2014.

And notice the addition of Wonder Woman? further making us believe this is a Trinity in the making..

Email ThisBlogThis!Share to TwitterShare to FacebookShare to Pinterest
Labels: All About Henry, Batman vs. Superman, Man of Steel 2, Super News