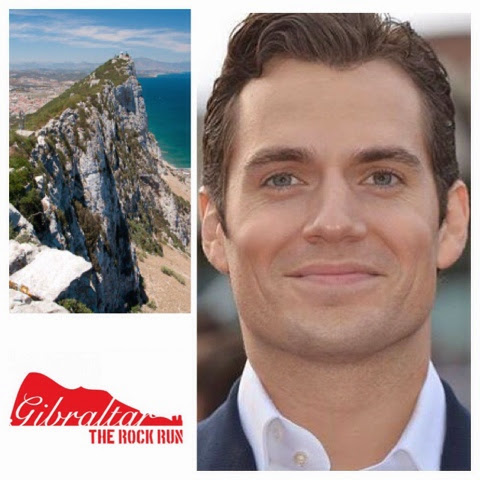 
The BBC's David Fitzgerald getting us excited about the upcoming Gibraltar Rock Run. As you know Henry is participating in the October 25th run along with his brother Lieutenant Colonel Nik Cavill, who is a Royal Marine. They are raising funds for The Royal Marines Charitable Trust Fund for which Henry is an ambassador. So far your support has been amazing, but we need to take it up a notch if we want to get him to that £20,000 goal. This is his official fundraising page, where you can sponsor Henry and leave a message of support. We can get there if everyone pitches in!

Here is how donations are making a difference in this cause so close to Henry's heart.

An interactive look at the impact the Royal Marines Charitable Trust Fund made in 2013 http://t.co/HqYqseYpsI
— RMCTF (@RMCTF) August 22, 2014


Among the sites heavily involved in helping us spread the word about the run, is the Henry Cavill Jersey Facebook page. They recently talked to BBC Jersey's Kevin Pamplin about the run, and the cool raffle they're holding to help Henry reach his target -- LISTEN TO THE INTERVIEW (at about 34:00). Thanks for all your hard work Sabrina, it's fans like you that make a real difference. 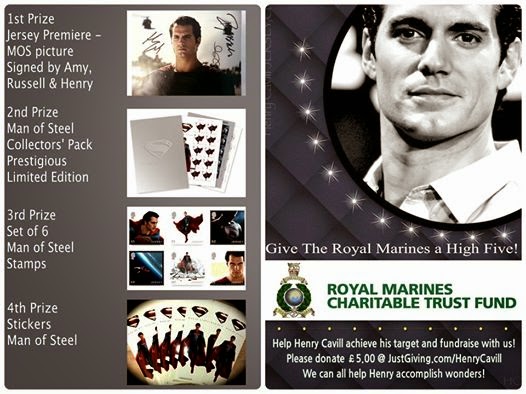 And the day is here, we have our two winners of a RMCTF t-shirt signed by Henry. Congratulations Maria Luisa and Lara! UPDATE 9/3: We didn't hear back from Lara, so the second t-shirt goes to Harry Osborn (JanexysOsborn) -- Thanks to everyone who participated and left encouraging messages for Henry. Please continue sharing the link to his official fundraising page to let him know we are here for him when it matters. We can't do it without you! 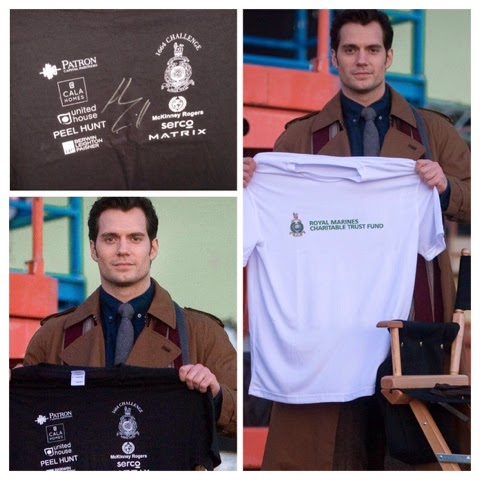