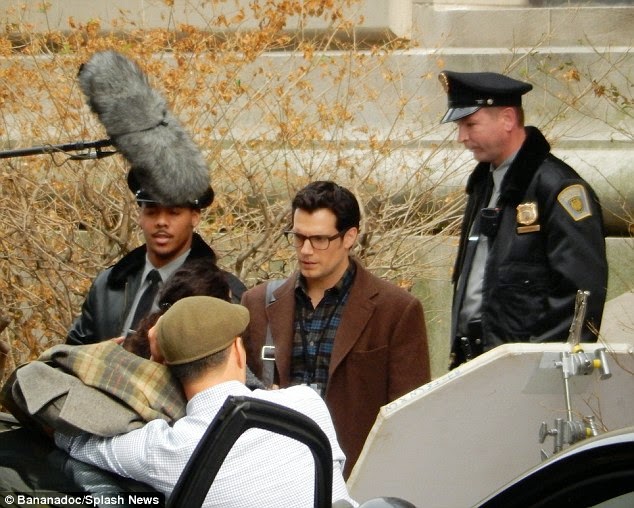 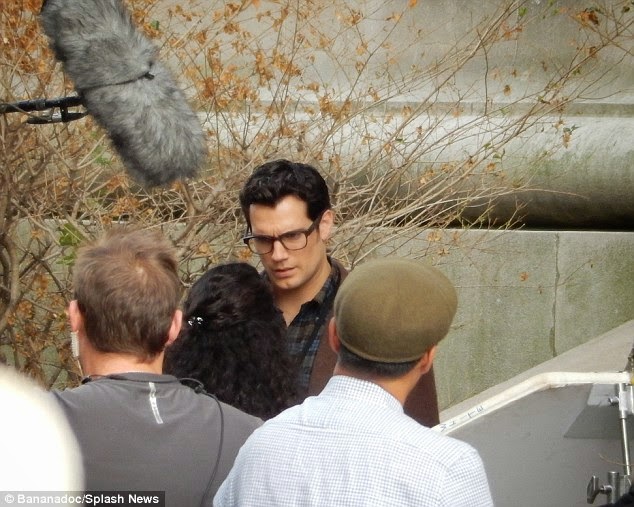 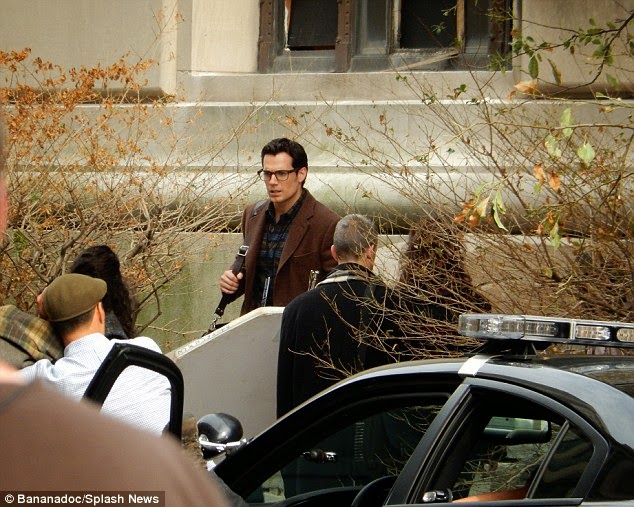 We had seen a couple of teasers of Henry's updated Clark Kent look, but now here's the best glimpse so far via The Daily Mail & @Bananadoc.

They also added a little context.

In the scene with Clark Kent, the woman he spoke to on the steps was carrying a baby. #BatmanVSuperman pic.twitter.com/zHKTFX7WAa
— The Bananadoctor (@Bananadoc) September 2, 2014

See everything else from that day of filming at the Gotham City Jail, and stay tuned for more from Detroit.
Posted by Blog Administrator