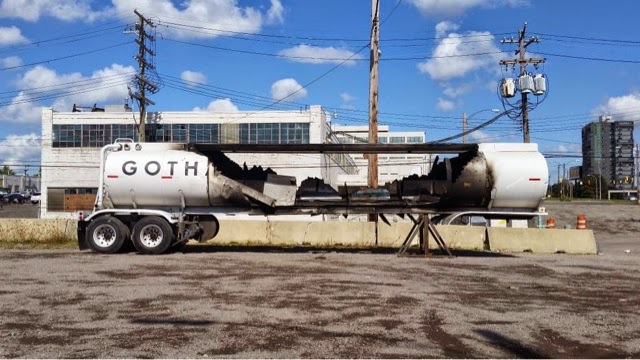 You know that didn't end well. We are getting a first look at the aftermath from the latest set of Batman v Superman in Detroit courtesy of Tim Malin and Tim Reinman.


I know @treinman already posted a picture of the twins but they were too cool! #BatmanvSuperman pic.twitter.com/sBhMNhTJtp
— Tim Malin (@D3T0N8R) September 16, 2014 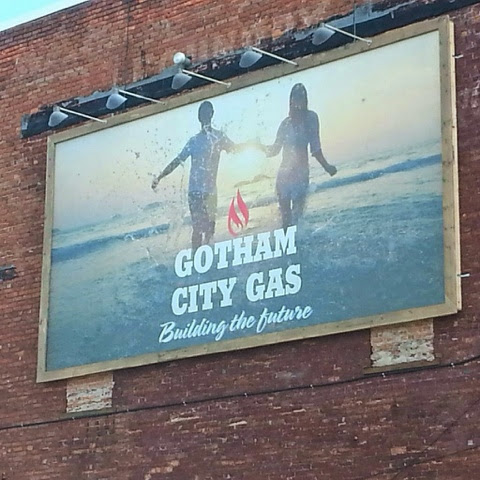 MLive's Eric Lacy was the first to report from the set, as production set up last night. 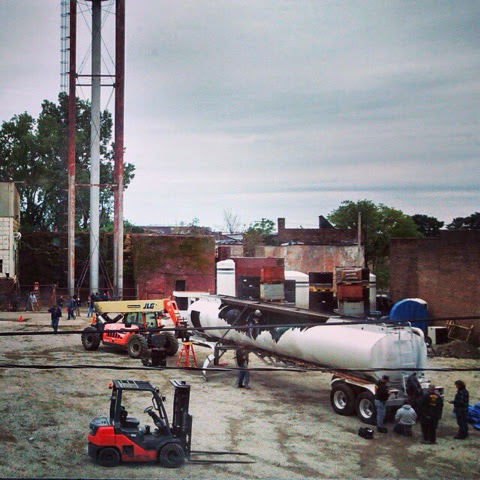 While the production team took every possible step to alert authorities about the fiery scenes, the filming still took some neighbors by surprise.

Huge ball of fire by the riverfront... but that huge lamp defiantly means they're filming something.. #Detroit
— The Detroit Girl (@TheDetGirl) September 16, 2014


DFD was just dispatched to a building fire and were cancelled due to it being the batman filming. #Detroit #Detroitfire #Batman
— 313FirePhotography (@313firepics) September 16, 2014

Cinematographer Larry Fong further clarified, when one woman voiced her concerns about the overnight shoot. Filming continues this week. The studio is also looking for extras for some scenes that will be shot in Lansing next month. Here's the info you need to know if you'd like to apply:

[GENERAL EXTRAS] Males and Females, 18 years of age and older. All types, shapes, and sizes. Any ethnicity. No experience necessary.

Shooting will take place in Lansing, Michigan on October 16, 2014 and October 17, 2014. These will be night-shoots. Pay is $65.20 for the first 8 hours, then overtime after that. A fully catered meal will be provided.

To be considered, send in a current color snapshot (only you in the photo, no hats or sunglasses), your first and last name, location, date-of-birth, and cell phone number:

Put “LANSING EXTRAS is the subject line of your email.

All talent including minors and foreign actors MUST be legally eligible to work in the state of Michigan and in the United States.

Good luck everyone! -- hope you get your chance to work with Superman ;)

This weekend The Sunday Times had an article with Ben Affleck, where he talks about sharing Batman's "deeply buried and contained" anger:

“When it does kind of come out, it comes out in stronger bursts. I tend to be respectful, polite, get along, put up with, put up with, put up with… then, when it finally emerges, it’s not something I have a ton of control over. I’m not gonna go into a Wolverine berserker rage, but I do have a, I do… That is an interesting thing that you point out. That’s my personality… By the way, that’s a character flaw, I think. I should sit down and say, ‘Listen, I just want to let you know what happened there wasn’t OK’, instead of going, let it go, let it go, let it go… ‘Ah, that’s not a big deal’, until finally you just pop!”

A little bit scary right? but then we remembered his sweet pic with a fan in Detroit. Nice try Batman, we know you're a good guy. That's the latest from Detroit. More to come.
Posted by Blog Administrator