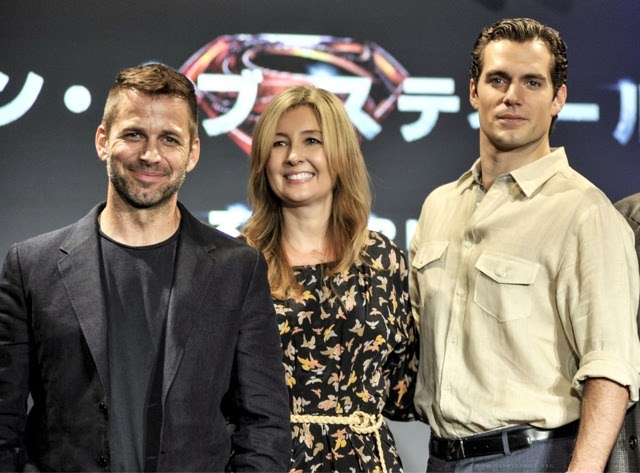 Henry poses for a photo with Zack & Debbie Snyder during the Man of Steel promo stop in Japan.

It's been such an exciting time at Henry Cavill News. Not only do we get to bring you the latest on Henry's upcoming films, now he's also given us the opportunity to help him support two amazing charities. As you know Henry is an ambassador for the Durrell Wildlife Conservation Trust and The Royal Marines Charitable Trust Fund. You've been helping him reach his RMCTF goal, as he prepares to participate in the Gibraltar Rock Run next month. His Batman v Superman peers are doing the same, which is really inspiring to see!

Good luck on the run Henry!
Donation by Zack and Debbie Snyder on 05/09/14

Best of luck Henry. Remember straight up, straight down and then back to work :)
Donation by Lee Anne Muldoon on 10/09/14

Great work Henry! Crush the Rock of Gibraltar.
Donation by Curt Kanemoto on 11/09/14

Lee Ann is the unit publicist for the film, while Curt Kanemoto works for producer Charles Roven. They are the latest to throw their support behind Henry with some sweet and funny comments. But if you check out his fundraising page, there are many more messages that will make you smile and hopefully inspire you to do the same. Every amount counts, and again it's a cause close to Henry's heart. So please join us and his peers in sponsoring him, as he reaches for the top of 'The Rock' come October 25.
Posted by Blog Administrator