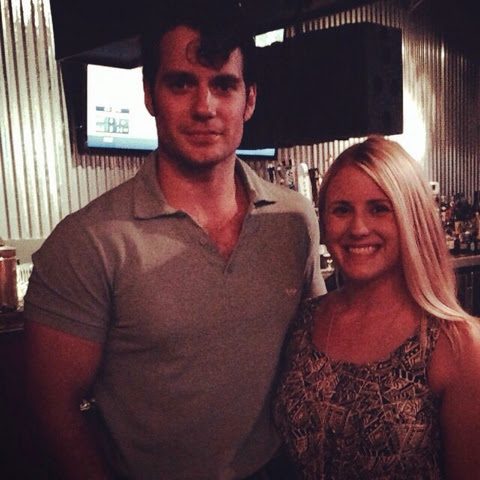 mrsmegsmason: "Just had drinks with Henry Cavill aka Superman. The small town girl in me was too excited not to ask for a picture."

Megan added that Henry's trainer, Michael Blevins works out at the same place as her, so Henry tags along on some of the group's outings and dinners. Lucky Crossfit group!

Michael recently placed third in the Pure Michigan Invitational. You can see pictures from that event which Henry attended, in our wrap from that day.
Posted by Blog Administrator