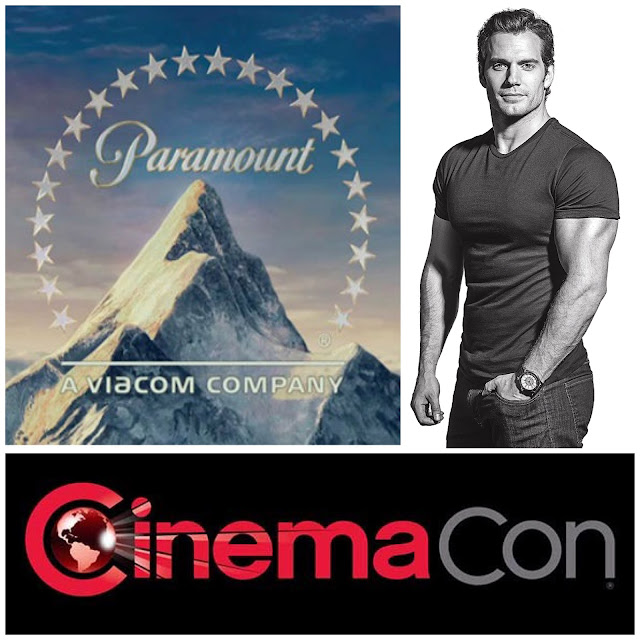 Paramount had its presentation at CinemaCon today, and while we're still more than a year away from Mission: Impossible 6, the studio hyped up the July 2018 release and Henry's addition to the cast.


It's been a couple of weeks since we learned the big casting news in the coolest way, and here's what came out of Las Vegas..


We had heard filming was set to begin on the 10th, so that's a bit of a shift on the schedule. India was also added to the list of locations. And we got confirmation on additional casting.

Just saw news from #Cinemcon that Alec Baldwin will be back for Mission: Impossible 6. They’ll actually have the same boss for two movies!
— Eric Goldman (@TheEricGoldman) March 29, 2017


Many wondered why Jeremy Renner was not mentioned, and Showbiz 411 claims to have the answer (thanks @Rafferty_Rulz).


Finally, there was confirmation you'll be able to see all those awesome stunts up close and personal.


There is no word on when Henry will be joining the Mission: Impossible 6 production, but we'll be following the latest developments. Tomorrow should be another big day at CinemaCon, with Warner Bros. set to present its 2017 slate.. Justice League!