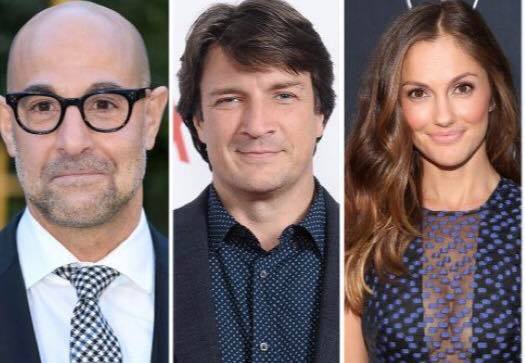 The official news we've been waiting for is here!

The Hollywood Reporter has confirmed that Stanley Tucci is starring in Nomis, and he'll be joined by Minka Kelly and Nathan Fillion:


The cast for David Raymond’s psychological thriller Nomis has been rounded out with Stanley Tucci, Nathan Fillion, Minka Kelly, Brendan Fletcher and Mpho Koaho. They join Henry Cavill, Ben Kingsley and Alexandra Daddario, who are starring in the film about an American police force that traps an online predator, only to realize the depth of his crimes goes far beyond anything anticipated. Raymond wrote the script and will direct.


This eerie film is looking better and better!

Fillion and Fletcher have already been spotted in Canada, with Nate being his funny self.


We're staying on top of the latest news from the Nomis set in Canada (as we do our happy dance for Henry in L.A.), Stay tuned!