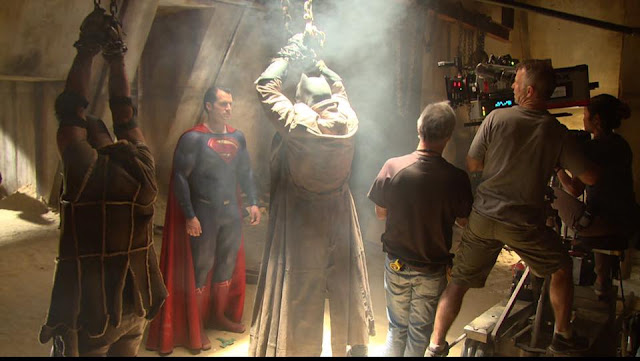 Now that it's clear we're not getting Supes in the Justice League promo anytime soon, the speculation on why that is has really taken off online.


I think I figured out the twist in Justice League: Superman is evil.

And I’m pretty sure I can prove it. https://t.co/G9V2vIYhwm pic.twitter.com/GI6hNQQZsO
— Chaim Gartenberg (@cgartenberg) March 27, 2017


To be honest, we just want Superman to be on the screen.. good or bad. But Zack Snyder actually giving us some more of what he teased in Batman v Superman sounds really intriguing. You know, as long as in the end Supes unites with the league which.. tagline. So it's all good!

And everyone is loving the buildup to the film's release..


We also got exciting news on the VR front.


Finally, if you're planning on snatching a Comic-Con ticket, make sure you're ready to go before they go on sale. Good luck everyone!