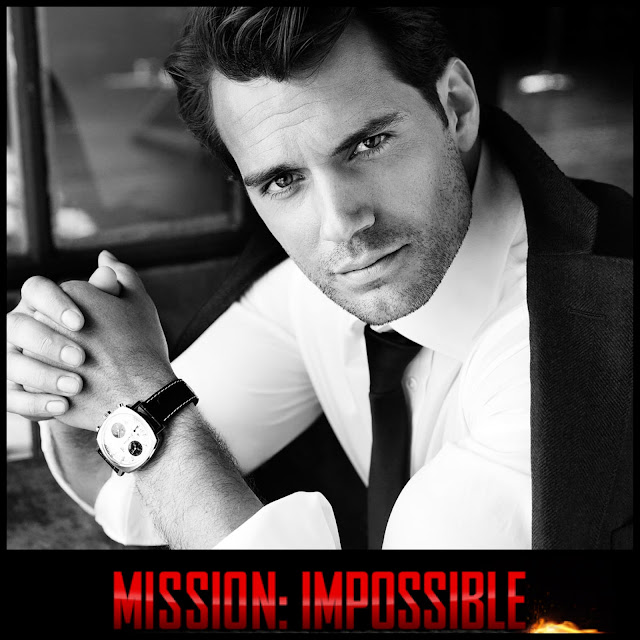 Just days after Henry was announced as the newest member of the Mission: Impossible 6 cast, producer David Ellison has confirmed filming begins April 10th with locations in Paris, London, and New Zealand.

The latest news update comes via Collider, that interviewed Ellison at SXSW. He shared the exclusive details on the stunt sequence Tom Cruise has been training for...


To be clear: it's a SEQUENCE Cruise has spent a year training for. Not a stunt.

We’re thrilled. Chris is back, obviously, writing and directing after Rogue Nation. We could not be more excited about the character Henry Cavill’s going to play. And I will say after the Burj [Khalifa] we thought it was going to be impossible to top that stunt, and then Tom did the A380 for the plane. What Tom is doing in this movie I believe will top anything that’s come before. It is absolutely unbelievable—he’s been training for a year. It is going to be, I believe, the most impressive and unbelievable thing that Tom Cruise has done in a movie, and he has been working on it since right after Rogue Nation came out. It’s gonna be mind-blowing.”

READ THE REST OVER AT COLLIDER.

Henry is currently in Winnipeg filming Nomis, which wraps in about a week. There is no word on when he will be joining the Mission: Impossible 6 production. We are staying on top of the latest developments, so keep checking back!

UPDATE: Rebecca Ferguson talked to ET Canada about her return to the action franchise, and she was asked about Henry:

The movie’s plot is so under wraps, Ferguson has yet to meet co-star Henry Cavill, who joins the cast in the upcoming film. “I’m pretty excited,” she says of Cavill’s casting. “I think they’re writing it right now.”

Like the rest of us, Ferguson is trying to get details on what adventures lie ahead for Tom Cruise’s Ethan Hunt.

“I’m trying to get information from Chris,” she says of the film’s writer and director Christopher McQuarrie. “He’s going, ‘It’s good baby.'”

WATCH HER INTERVIEW AT ET CANADA.

Thanks @Vidumavikte.
Posted by Blog Administrator