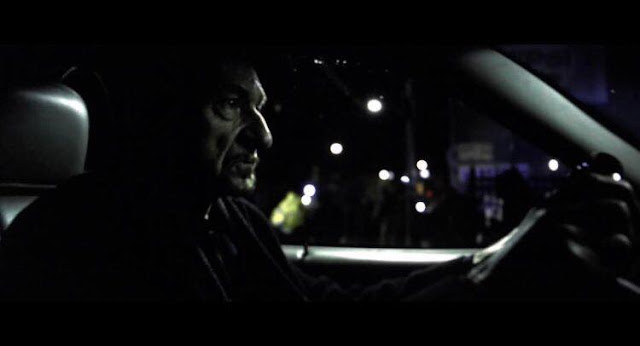 As we enter our final week, I'll share a quote from Sir Ben Kingsley which has stuck with me… https://t.co/WClMiCSIWg
— David Raymond (@stingrayed) March 28, 2017

As Nomis gets ready to wrap, there is a lot of news coming out of Winnipeg. While we had seen Henry and Alexandra Daddario in official stills, director David Raymond has now shared a first glimpse of Sir Ben Kingsley on set. It was another overnight shoot for the crew, that gave us a peek at the filmmaking process.


"blonds are the small lights in each corner. The ultrabounce is the fabric hanging on the 20'x20' metal frame. It's reflecting or "bouncing" the light into the set."


The cast has also begun saying their goodbyes, and Minka Kelly was spotted on set!


Can't believe we're on the last week of filming #Nomis 😢
This has been the most unreal experience with the most phenomenal people.
— Eliana Jones (@elianajones_) March 29, 2017

Yesterday was the last day with @minkakelly on set for #Nomis ! I am so grateful to have gotten the chance to spend time with such a talented and gorgeous actress. You inspire me to be as open and present in the moment while acting. Everyday that goes by, I have no regrets on the career choice I made 💜🎬 #film #career #motivation #behindthescenes #actress #hardworkpaysoffs
A post shared by Alyssa Wyspianski (@alyssa.wyspianski) on Mar 28, 2017 at 7:46pm PDT


Stayed up all night doing what I love. I feel tired, blessed and a cold coming on. #nomis #ialreadymissyouall
— Sara Thompson (@SaraIlanaa) March 29, 2017


Nomis is coming out sometime next year. More to come.