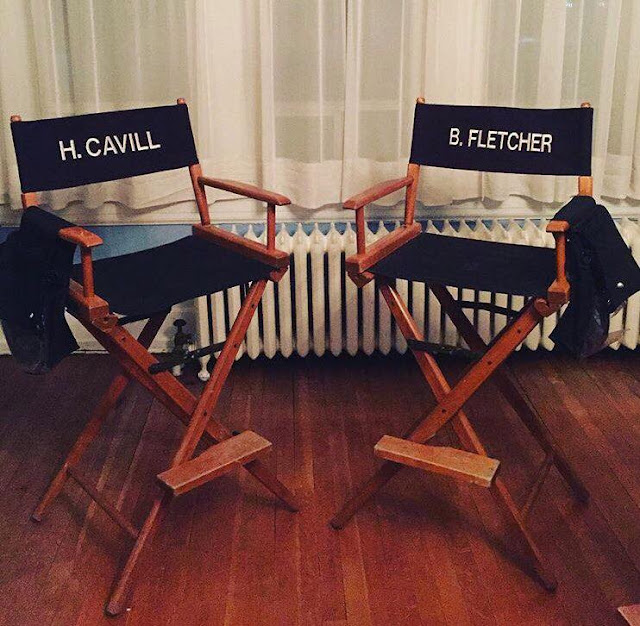 the brendanfletcher: "No rest for the wicked. Head to head. Well, head to chest. He's tall. This guy is good with handcuffs. I have a black eye (not his fault) #nomis"


We're just days away from the reported wrap date for Nomis, and that means a lot of work to get done!

Over the weekend Brendan Fletcher teased a scene with Henry, that seems to point at Fletcher being a bad guy. But is he the bad guy?.. we'll have to wait to find out.


The cast and crew have been sharing quick updates, expressing how lucky they feel to be able to be part of this production.


About halfway through this ride. Been such a pleasure to work with @stingrayed , exploring the… https://t.co/Hu9QNxs3Cz
— Brendan Fletcher (@BrendanFletch1) March 18, 2017

Wrapped on #Nomis this morning. So humbled to work with such a talented cast, crew, and director @stingrayed #MakingMovies #Wpgfilm
— Bev Chioma Ndukwu (@BevChioma) March 20, 2017


Nomis will be released next year. We look forward to finding out more about Henry's role.