Henry's Video From The Overnight Set Of 'Nomis'


Henry has been in Winnipeg for about two weeks now, and overnight he posted his first video from the set of Nomis. Having lived in Minneapolis (a little further south), we know exactly what kind of cold he's talking about:

1) Your lungs literally hurt when you breathe.

2) You begin experiencing slurred speech or in the case of his costar, having hallucinations and attacking people.

I'm in the laundromat and there's an iceberg in here doing laundry
— Alexandra Daddario (@AADaddario) March 7, 2017

A snowflake got in my ear but it was actually an ice creature and now it has taken over my brain and I wander around throwing snow at people
— Alexandra Daddario (@AADaddario) March 7, 2017

"I bought you something," I said to the laundromat attendant. "You want it?" "Sure," she said. I whistled, and my snow minions attacked her.
— Alexandra Daddario (@AADaddario) March 7, 2017

I stood over the woman, as she screamed "whyyy? Whyyyy?" "Hahahah" I said "everyone has to be as cold and as miserable as I am!!!!"
— Alexandra Daddario (@AADaddario) March 7, 2017

3) And finally your eyelashes start to freeze.

Yet there is Henry, making a blizzard look like a walk in the park.. WHILE THE EXTRAS STAY CLOSE TO EACH OTHER AS THEY TRY TO SURVIVE. And we're not the only ones who noticed.

Look, I don't want to imply anything, but Henry Cavill seems to be merrily wandering around a Winnipeg winter without need for a coat....
— longwaytotheend (@longwaytotheend) March 8, 2017

I applaud Henry Cavill for making the best of the miserable weather our fair city had to offer last night. #Winterpeg #LousySmarchWeather
— Bradley Milne (@Darbmilne) March 8, 2017

Even his hair is bouncing in the wind, like some kind of shampoo commercial! 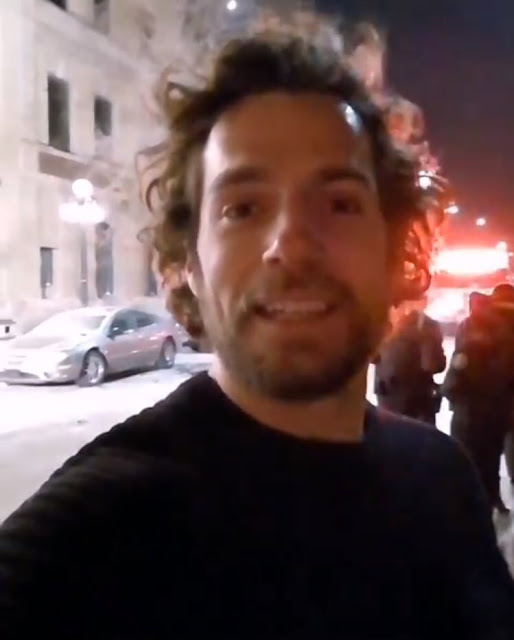 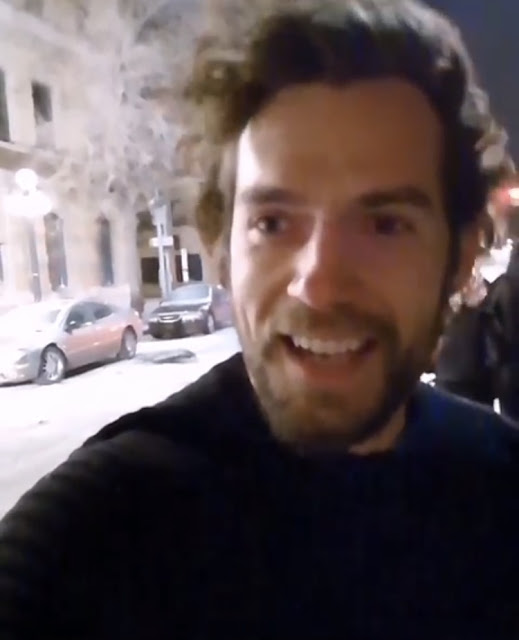 What is this sorcery??.. and then we remember.. SUPERMAN.  Carry on Henry.

They're filming #Nomis starring @henrycavill around my school and this was the scene as they were setting up the area for a car explosion shot! They didn't actually film untill about 2am but just being around a Hollywood film set is pretty damn cool. #film #winnipeg #Nomis #henrycavil #pumped
A post shared by Ashley Davis (@ashquee) on Mar 8, 2017 at 10:25am PST


Their bromance is everything! #aquaman #superman #justiceleague
A post shared by DC Extended Universe (@upcomingdceu) on Mar 8, 2017 at 6:30am PST