June 12 Declared 'Man of Steel' Day: Goodies Waiting For You! 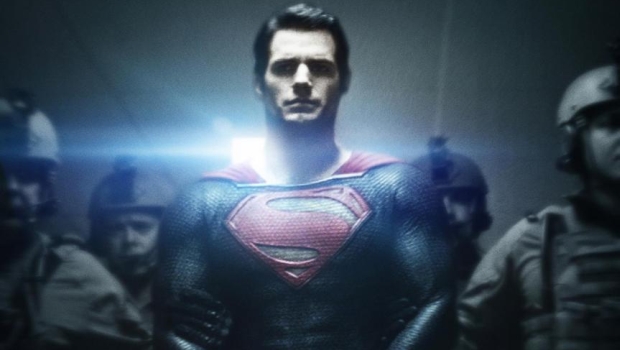 DC Comics has partnered with Sears, Random House, and Warner Bros. to celebrate the release of Man of Steel at comic book stores and libraries across the U.S. - Read the release below and don't miss the part about free posters, buttons, and other freebies you can expect!

In celebration of the summer’s most eagerly anticipated film, DC Entertainment is partnering with comic book retailers and bookstores across America to declare Wednesday, June 12 MAN OF STEEL DAY, ahead of the film’s wide release on Friday, June 14. Sponsored by Sears, those visiting their local comic book retailers on MAN OF STEEL DAY will receive a free copy of ALL STAR SUPERMAN #1 SPECIAL EDITION comic book by Grant Morrison and Frank Quietly.

In addition to the free comic, DC Entertainment has partnered with Warner Bros. to provide comic shops with various MAN OF STEEL promotional posters and bags to get fans geared up for the film’s release.


Fans who visit comic stores on MAN OF STEEL DAY can also purchase the first issue of red-hot new comic series, SUPERMAN UNCHAINED, from bestselling creators Scott Snyder and Jim Lee. The series promises to elevate the already high-flying hero to new heights as he faces off against foes familiar and new. SUPERMAN UNCHAINED #1 includes a bonus two-sided, tipped-in poster measuring approximately 11” x 18” that can be easily removed for display.

“Comic fans and moviegoers have made it very clear that they are eagerly awaiting the arrival of MAN OF STEEL in theaters and we’re excited to offer our retailer partners a chance to celebrate the occasion and tap into fan’s enthusiasm,” stated John Cunningham, vice president of marketing, DC Entertainment.

Continuing the celebration around the film’s release, DC Entertainment has partnered with Random House to bring MAN OF STEEL to libraries across the U.S. on Saturday, June 15. More than 1,000 local libraries will offer visitors buttons, bookmarks and Superman comics.


On the digital front, ALL STAR SUPERMAN #1 will also be available for free download, courtesy of Sears, and the “Superman 201” digital comics sale kicks off on June 12 at www.readdcentertainment.com, the DC Comics app, and all digital platforms (comiXology, Kindle, iBookstore, Nook). The sale offers hundreds of acclaimed Superman titles like SUPERMAN: SECRET ORIGIN by Geoff Johns and Gary Frank, SUPERMAN: FOR TOMORROW by Brian Azzarello and Jim Lee, SUPERMAN: BIRTHRIGHT by Mark Waid and Leinil Yu – all for $.99 each.

About MAN OF STEEL
From Warner Bros. Pictures and Legendary Pictures comes MAN OF STEEL, starring Henry Cavill in the role of Clark Kent/Superman, under the direction of Zack Snyder. MAN OF STEEL is produced by Charles Roven, Christopher Nolan, Emma Thomas and Deborah Snyder. The screenplay was written by David S. Goyer from a story by Goyer and Nolan, based upon Superman characters created by Jerry Siegel & Joe Shuster and published by DC Entertainment. Thomas Tull, Lloyd Phillips and Jon Peters are serving as executive producers. The film is slated for release beginning June 14, 2013 and will be distributed worldwide by Warner Bros. Pictures, a Warner Bros. Entertainment Company.
Posted by Blog Administrator

Email ThisBlogThis!Share to TwitterShare to FacebookShare to Pinterest
Labels: All About Henry, Fan Anticipation, Man of Steel, Promo, Super News