It's all people have been talking about since its release on YouTube over the weekend, the Zack Snyder directed burger commercial featuring Henry Cavill.

We got the chance to talk exclusively with the main star of the ad, Guy Nardulli. He plays the worker fixing all those potholes Man of Steel is leaving behind as he tries to save the world.

For those of us unfamiliar with how TV spots are shot, can you run us through how much rehearsing time goes into it, and from start to finish how long of a shoot it was?

TV spots are unique, each one is different from one another, some require a ton of rehearsal and well others you just show up get your lines and go to work. For this spot, we just had to work out the pacing of the walk from the truck, around and back to the back of the truck. Pretty simple, and Zack Snyder made it easy, he knew exactly what he wanted in the shot. My call time was 7am and I was done at 7pm. Shot different angles, close ups of both myself and Henry and these take time cause you have to have different set ups for each shot... ie light position,different takes from the actors, and of course in this spot the bite. 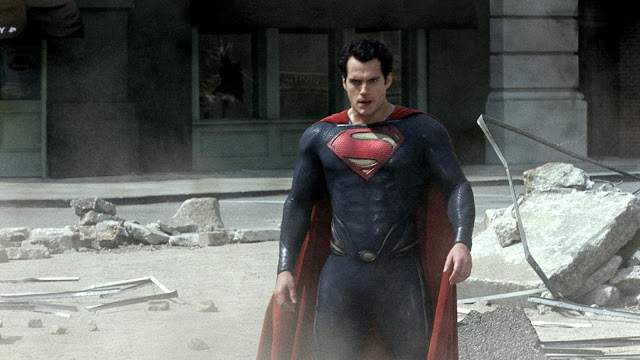 What was it like to work with Henry? is there any funny, quirky, unique story you can share from that day on set?

Henry was amazing, very approachable, open, a true professional on set. We chatted about our careers and what we have next on our plates. I will say that Henry makes a great Superman, every quality you can ask for he has.

The TV spot was directed by the one and only Zack Snyder. Can you tell us how that experience was like?

Working for Zack was a great experience, I mean this guy has done 300, Watchmen, and now Superman to name a few. Very easy to work for, he had a vision of what he wanted, presented it as simply as he could and we got this spot. I was honored to be a part of this. In some way I'll be connected to the Superman franchise now thanks to Zack and the people at the Carl's Jr/Hardee's (72 and sunny) advertising agency. I will say this, the first time Zack yelled cut it sounded as if he was groaning in disapproval almost like he was saying ugh!!!!! it freaked me out cause I thought I did something wrong but didn't, it's just his way of yelling cut. 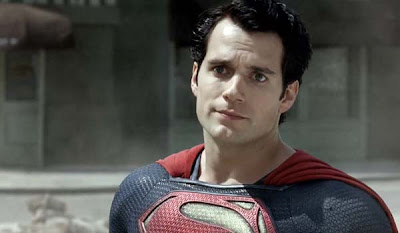 We loved the apologetic expression Henry gives the camera when he makes yet another pothole for you to fix. Can you share any details about that scene?

Superman is doing everything that he can to keep the public safe, defending the planet from General Zod. So the potholes he is creating with his landings are not meant for the destruction its just sort of happening, and he can't help that he's well Superman, and it's his way of saying sorry don't mean to make you work more. But hey it's the least I can do fix a few potholes while he keeps us safe. Thank god I got this big Super Bacon Burger to give me the energy to work. 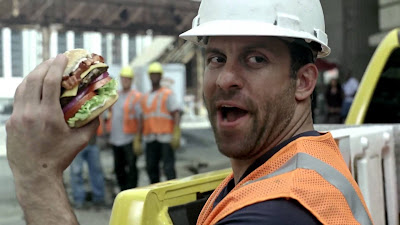 How many times did you have to bite into that Super Bacon Cheeseburger before they got the right shot?

We had an over/under bet on set as to how many times I would do that. Most of the other shoots they do they said there could be a ton of bites, so I set the line at 54. I think it was actually like 40 something bites.

What are you up to next?

I just recently shot a few guest staring roles on CBS' VEGAS, and ABC's REVENGE. Currently working on getting a film that I co-wrote ready to shoot in Chicago, a crime drama which I will also star in. Also have a few short films coming out, one you can see a scene on Vimeo right now called No Intent, the other will be out in a month or so called Last Goodbye, a touching story about a relationship on the verge of ending.


Finally, will you be watching 'Man of Steel' on opening weekend?

I WILL DEFINITELY BE WATCHING AND SUPPORTING HENRY AND ZACK!!!

We'd like to thank Guy Nardulli once again for granting us this interview. You can keep up with him on his IMDb page and also on twitter @Guy24.