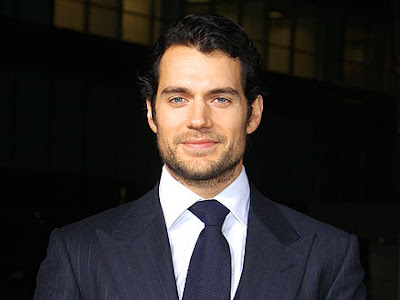 We kinda really love director Zack Snyder right now. While doing promo for Man of Steel in Toronto this week, a reporter mentioned the buzz surrounding Henry as Christian in Fifty Shades of Grey. Snyder was surprisingly candid with his answer (at about 2:05).

At this point it looks like Henry is headed in a different direction, with confirmation that he's in talks to replace Tom Cruise in The Man from U.N.C.L.E. and rumors of him reprising his Man of Steel role in a soon to be announced Justice League. But you never know!

Email ThisBlogThis!Share to TwitterShare to FacebookShare to Pinterest
Labels: Just for Fun, Man of Steel, The Fifty Connection