Could Henry Be Headed To Comic-Con? & Good News For 'The Great Wall'

With Man of Steel promo picking up by the day, we don't want you to miss any newsworthy stories involving Henry. Here's our latest wrap. 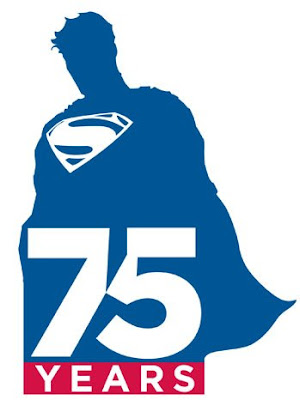 Today we woke up to this new Superman logo. Warner Bros. and DC Comics unveiled it as part of their 75th  anniversary celebration for the superhero. They also revealed to THR that Man of Steel director Zack Snyder is producing a new animated short that will be screened at Comic-Con in July:

Details for the short are being kept secret (maybe in a lead vault?), but insiders tell Heat Vision Snyder envisioned one continuous shot, without edits, that's an homage to the Man of Steel and his many iterations over the past 75 years: Max Fleischer's cartoons, on-screen portrayals by George Reeves and Christopher Reeve, iconic versions drawn by artists Wayne Boring, Curt Swan and Neal Adams, on up through HenryCavill’s interpretation in Man of Steel.

(..) Warner and DC are planning to show an animatic version of the two-minute short, which is being worked on in Los Angeles, London and Korea, during this summer’s Comic-Con, ahead of a fall debut across multiple platforms. That's just one part of a Superman rollout at this summer's Con. 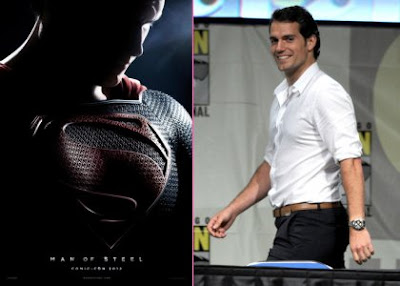 Does this mean Henry could be there?, we don't see how a "Superman rollout" would not involve the current Man of Steel. Plus if rumors are true, a Justice League announcement could also be in the works. Here's hoping..

And if you know what you want from the Man of Steel sequel or Justice League film, post it online because producers are apparently reading your thoughts. Check out what Charles Roven told SFX.

Embargoes are being lifted by Warner Bros, as you could tell with Henry's just released 25 minute interview on the set of Man of Steel. Movies.com was among the sites that got to talk with director Zack Snyder, and he had only great things to say about Henry:

What does Henry bring to this?

Snyder: Henry is like, Superman-ish, you know, in his feel. He’s really kind. He’s incredibly humble in real life. He can project a naïveté, which is nice, without seeming naïve, which is really a difficult quality. I don’t feel like you can take advantage of him, but he’d still help you change your tire if you had a flat tire on the side of the road. There’s a fine line there. 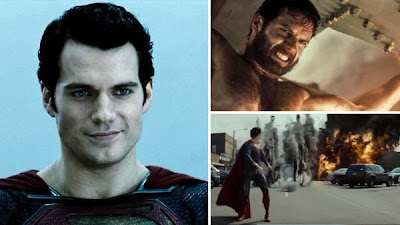 Snyder also talked about the new Supes suit and how it came to be.

Finally, Legendary East  today announced a deal that likely means The Great Wall (which Henry is reportedly still attached to) will get made sooner than later:

Legendary East has yet to disclose which titles would get the greenlight first, but the company has for years been developing "The Great Wall," an historic action fantasy that once had Henry Cavill attached. (still attached as far as we know).


"The Great Wall," set in 15th century China, revolves around British warriors who happen upon the construction of the massive wall, and learn that the hurried construction of the wall isn't just to keep out the Mongols, but something else more inhuman and dangerous. Film was never greenlit.

Stay tuned for the latest on that project. With Henry in talks for The Man from U.N.C.L.E. and potentially a Justice League in the works, it looks like we'll have plenty to cover in the months to come.