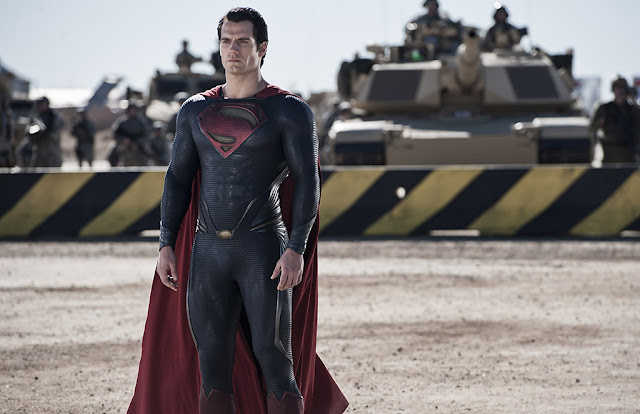 JTM Games had a chance to talk to actor Mackenzie Gray about Man of Steel. He shares really cool details about what we can expect from the film, but also about Henry and his awesome looking costume:

Man of Steel is going to be an amazing film, it’s a total reboot of Superman; it’s as if there was no other Superman movies before it. It’s starting fresh with great performances in it too. Henry Cavill is an amazing Superman; Michael Shannon as General Zod is fantastic, Russel Crowe, Diane Lane, and Kevin Costner – I mean it’s an amazing cast.

JTM Games: Even Superman’s costume looks more detailed and a has a sleek, modern look compared to older versions. What did you think of it?

Mackenzie Gray: Oh yeah, amount of detail on Superman is unbelievable. Superman’s costume, is a three-layer costume; there’s a body-skin layer and then there’s a muscle layer that was molded to Henry’s muscles – it’s a silver, metallic rubber – and then over that is a mesh skin so whenever he turns into light it looks like he’s made of steel.

We got to see the costume up close at Comic-Con, and it was exactly what he's describing. Of course on Henry, it looks that much better. Here are our close-up pics. 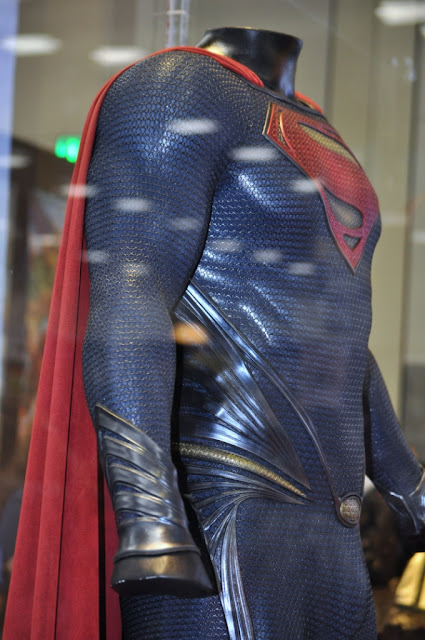 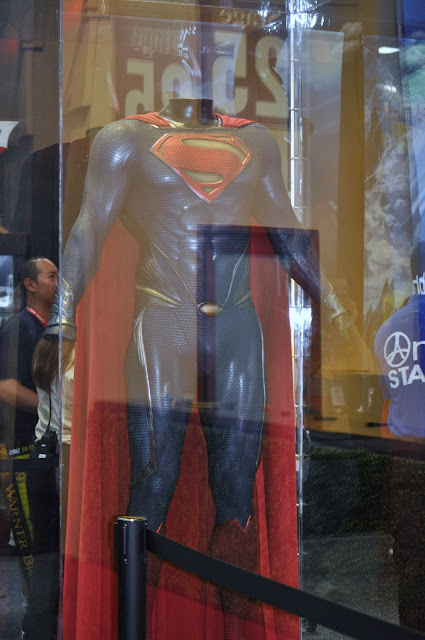 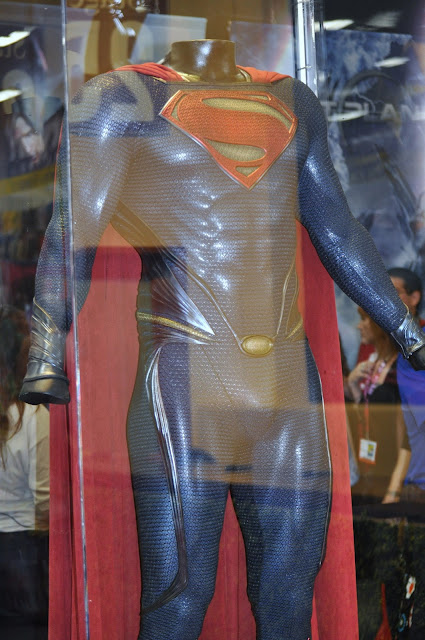 Read the rest of Gray's interview. He spills much more about Man of Steel!

Email ThisBlogThis!Share to TwitterShare to FacebookShare to Pinterest
Labels: Costars, Henry is THE man, Man of Steel, Promo