UPDATE 5/1: Read Henry's interview // Zack Snyder's interview. Plus read what else is in the issue. 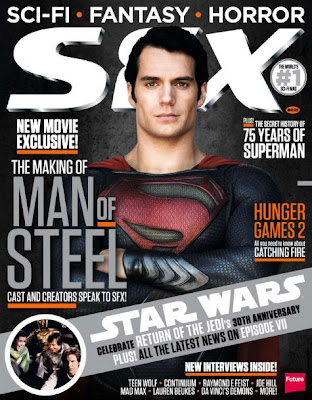 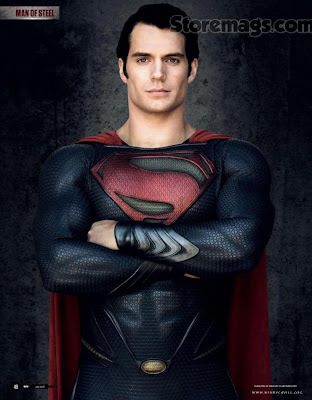 SFX magazine sure knows how to get our attention!

They've released a preview of their Man of Steel issue coming May 1st, and what can we say, we're sold!.. especially after reading some of what's in the issue, including director Zack Snyder talking about his leading man:

“God, he’s so Supermanish it’s crazy! There was a telling moment – we put him in the Christopher Reeve costume, because we didn’t have a suit yet, we just had the old spandex suit. He stepped out of the trailer and no one laughed. It’s the difference between being Superman and dressing up like Superman. If I’m dressed up like Superman it’s like a Halloween costume. If you’re Henry it’s your clothes. It’s awesome. Watch the movie and you’re like ‘Holy shit, that’s Superman.’ And it’s not weird or crazy, it’s just cool.”

“It’s a more violent experience. It’s raw. It takes effort to do it, and that’s what we were really going for. It’s almost like there’s this kind of Right Stuff quality to it. He’s constantly booming around, accelerating. You think he’s going as fast as he can and then it’s like ‘Yeeaahh!’ He’s always got an extra gear he can use.”


Read on to find out what else is included. Their Man of Steel issue sounds like a keeper!
Images: Warner Bros.
Scans via