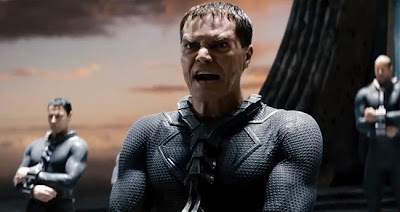 Michael Shannon has been busy promoting The Iceman, and lucky for us, he's also been talking Man of Steel. When Collider suggested the actor will gain some clout once the film comes out, he instead pointed to Henry:

Yeah, yeah, but it’s interesting because I think the fella who’s really going to come out nice in that situation is Henry, because he’s Superman. 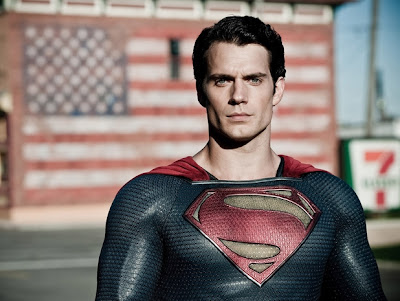 Shannon had much more to say to Collider - read the rest.

He also just watched the film, and has been sharing his excitement during various interviews:


Well, I’ve seen “Man of Steel” and I’ve seen “Iceman,” and I’m proud of both of them. “Man of Steel” is a very exhilarating movie to watch. It’s a very powerful film. It also has surprising gravity to it. It’s definitely intended to be hugely entertaining, and I feel it is. It’s not completely without some subtext or moral, but I don’t know if I can say that I am more or less proud of one or the other. They’re very different processes.

Have you seen "Man of Steel" yet?
I saw it a week ago.

What'd you think?
I was wetting my pants I was so excited. It was one of the most bad-ass things I've ever seen in my life. It actually took my mind off the fact that the world is ending. Which is huge, because I'm always thinking about how the world is ending.

The last trailer was great.

It was. It's going to blow everybody's socks off. And I know they're probably pissed off, like I'm jinxing it or something and I shouldn't say that. I'll knock on wood just out of deference to the gods, but the movie is solid. It's gonna get the job done.