Man of Steel: Jersey Prepares To Welcome Home Its Superhero 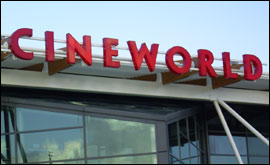 It's been a busy 24 hours, with confirmation that Henry will be attending a special Man of Steel premiere on his home island of Jersey. Several local media outlets have been covering the excitement around the island ahead of the big day, June 14.

ITV spoke with one of Henry's teachers and got his reaction, plus they shared the cutest pic when he was a young boy. BBC Jersey has also been covering the story since it broke. This morning radio host Kevin Pamplin tweeted a photo with this caption:

So Morning Tweeps..early start for me & stunning start to the day here in #JerseyCI as I head to work wonder why? ;)

During his show a little later, Kevin talked about Henry coming home, why the studio likely decided to do a premiere there, and much more.

Again, Henry and some of his costars are expected to fly in for the Jersey premiere scheduled for Friday, June 14 at the Cineworld in St Helier. It will likely be an emotional day for both Jersey residents and their returning superhero. Look for complete coverage of all the Man of Steel premieres. You can find the latest dates on the sidebar of our main page.
Posted by Blog Administrator

Email ThisBlogThis!Share to TwitterShare to FacebookShare to Pinterest
Labels: All About Henry, Jersey, Man of Steel