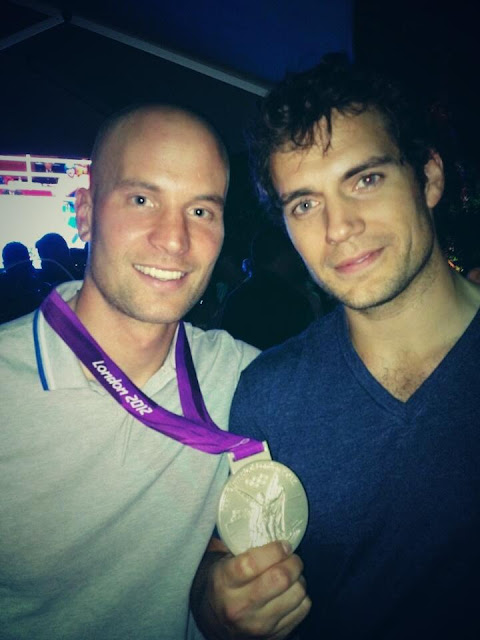 Only a month until the new Superman movie! Met the man himself during the Olympics! @ManofSteel_UK @Legendary

He later told us:

Thanks to Legendary and Richard for sharing the new pic. EVERYONE is excited for Man of Steel!