Henry On The March Cover Of TRAIN Magazine 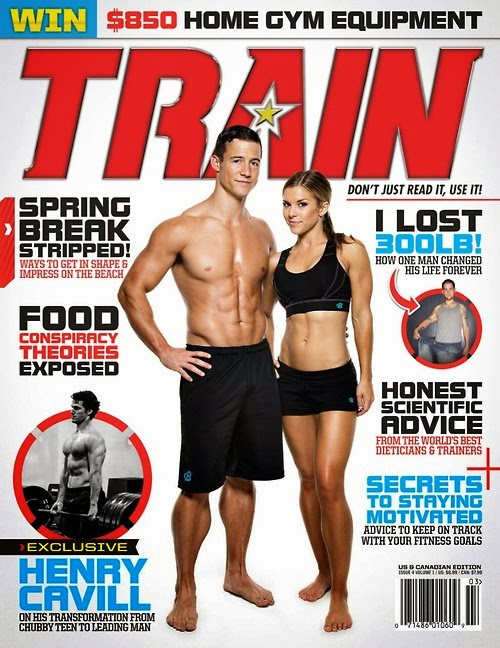 We're not surprised the Man of Steel is on the March cover of TRAIN magazine. Henry has been working hard for the last few months as he prepares to become Superman once again. Just today we got another great picture from the Michigan Barbell Classic, where he was his trainer's spotter (see the rest 1/2). A few weeks ago Moviehole also had a must read interview about Henry's determination to look the part, as filming on the Man of Steel sequel gets ready to go in Detroit. We'll bring you the details of his interview with TRAIN magazine as we get them (UPDATE: Read a preview below). Go Henry! 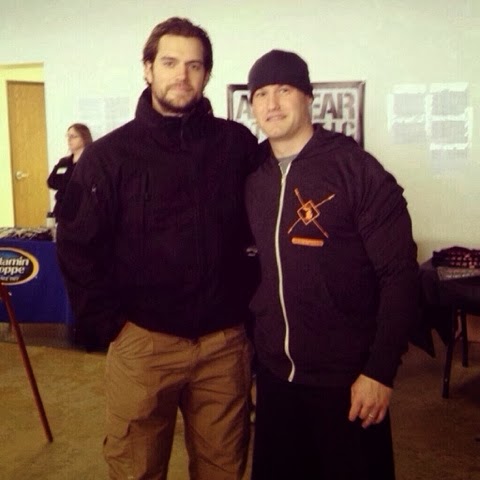 Henry talked to TRAIN magazine about being called Fat Cavill when he was young and the toll that took on him. He also described his workout routine as he got in Superman shape under the guidance of Mark Twight:

“He had the ability to crush me, but just enough that I couldn’t walk properly. I felt horrible and a little sick, but I still wanted to come back,” laughs Cavill. “The intense training led to what I call a ‘recognition moment,’ during which you think, ‘OK, I can do this it’s not going to kill me, number one. And number two, I’m in safe hands. And finally number three, I’m actually enjoying it.’”

“Yes, it hurt — in fact it was excruciating. But I liked pushing past that point to where you realize your body is actually more than capable of doing it. The moment when that happens is wonderful.”

So is he ready to do it all over again?

“All in all it’s tough, really tough,” he says. “The workout is hell and wonderful at the same time — really wonderful. And now I’m going to have to do it all again for the next one [laughs]. But I love it. I want to get it right, and the physicality and the look is a big part of it.”


The March issue of TRAIN is now on sale.
Posted by Blog Administrator

Email ThisBlogThis!Share to TwitterShare to FacebookShare to Pinterest
Labels: Henry is THE man, Man of Steel 2, Promo, Proud Fans