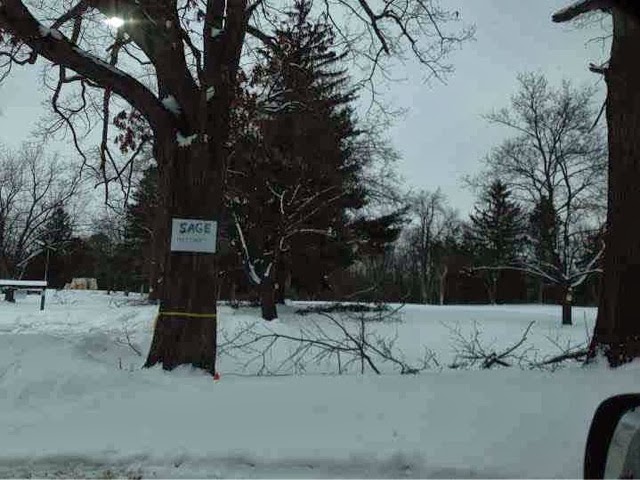 Leave it to a University newspaper to get the first picture from the only confirmed Michigan Man of Steel 2 filming location. We told you about Metamora Township last month. Now The Michigan Times has done its own investigating and this is what they are reporting:

Construction is underway in Metamora and by the looks of things this will indeed be a possible location for this upcoming hero epic. The “No Trespassing” signs are a slight give away, but not as much as the security guard that was standing at his post on a blustery Saturday morning. He held clear signs that read “Sage” bring it to almost certainty that this film will indeed have a scene shot here. Warner Bros has listed the codename title for this film as “Sage and Milo.” Unfortunately, residents of the area also declined to comment.

Read the rest. Henry has been preparing for the film in Detroit since the beginning of the year. The studio has said filming won't begin until at least April (second quarter of the year), but it's exciting to see that sign up! -- updates as we get them.