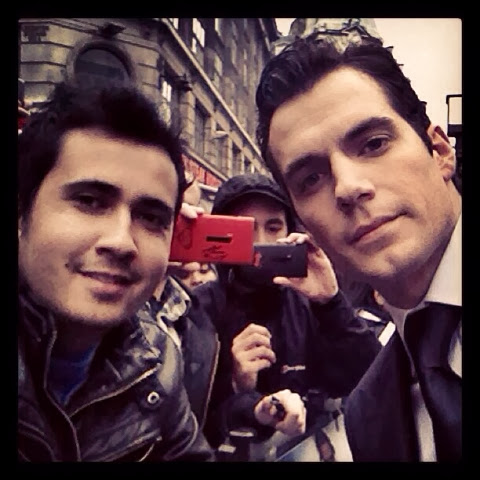 As you probably know by now, Henry is not just a fangirl's dream, men also identify with him because of the characters he plays. Cédric got a chance to meet him at the London premiere of Man of Steel and shared these great photos on Instagram. He later told us:

I was so happyyyyyy, wonderful day 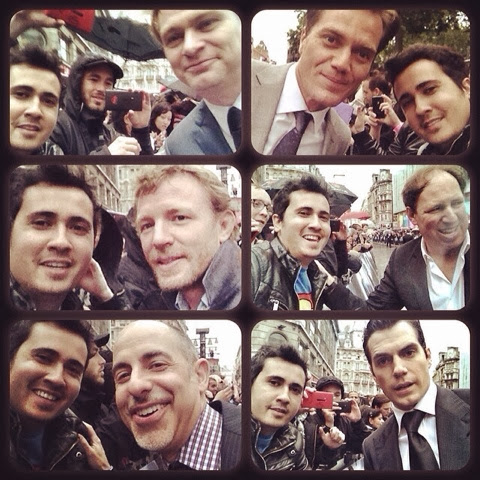 See our premiere coverage & check out our gallery for more pics from that day.

According to sources, the production is currently looking for a black actor in his early 20s who is also physically fit. Here is the kicker though: the part is for a small role in the untitled Batman Vs Superman movie BUT will be recurring in other upcoming DCU films.

The article goes on to mention that director Zack Snyder met with Michael B. Jordan for the mystery role. Of course we know that won't likely lead anywhere, since Jordan has been cast as The Human Torch in the Fantastic Four reboot coming out next year. So what role is Zack looking to cast? some are guessing Cyborg, who Henry recently mentioned he'd be excited to see in the Man of Steel sequel (at about :40).

With production reportedly set to begin next month, we're sure we'll have that answer sooner than later. While Henry continues training in Detroit, looks like Gal Gadot is also putting in some time at the gym. She posted this picture on Facebook earlier this week (sorry about the purple haze, blogger is messing with our uploads today). 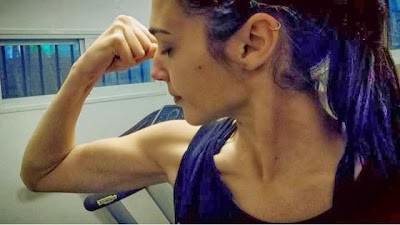 As we first reported, Gal has been working with Henry's trainer Mark Twight in Israel for the past month or so. It definitely looks like she's on her way to becoming Wonder Woman.

Now to our pet peeve of the week. It's a raccoon, voiced by Bradley Cooper.. and like Warner Bros. producer Daniel Alter tweeted, it's pretty frickin' cool.

It's awesome news for Marvel, that just released the trailer for this summer's Guardians of the Galaxy that includes Rocket Raccoon (yes it has a name). Not so good news for DC, if the film's sequel ends up on the May 6, 2016 Marvel slot up against Man of Steel 2. JoBlo reported the news and then backed away a bit saying only it would be released in 2016. Regardless, we're keeping a close eye on that raccoon, especially after seeing the buzz online:

After debuting Tuesday on “Jimmy Kimmel Live!,” the footage for the upcoming outer space adventure attracted 88,000 mentions across Twitter, Facebook and various blogs in a 12-hour period between 11 p.m. EST until 11 a.m. EST. By way of contrast, in the first 24 hours following their trailer debuts, “Man of Steel” attracted 75,000 social mentions, and “The Amazing Spider-Man 2″ inspired 96,000 mentions — and those were released at a reasonable hour.

We wrap things up with a fan's reaction to her Man of Steel calendar. Yup, all Henry.

Latest updates as we get them!