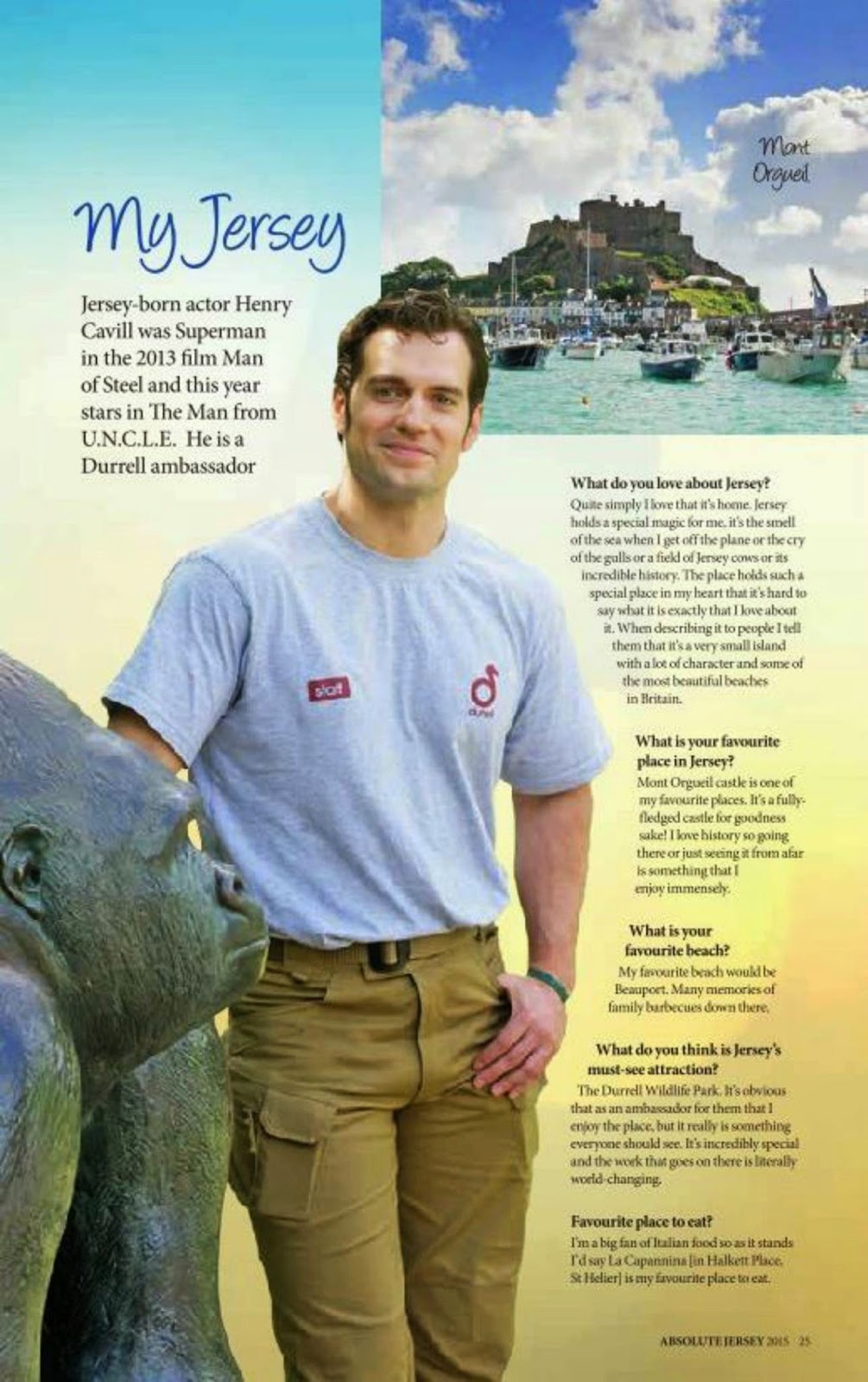 The new edition of Jersey's visitors guide called Absolute Jersey, includes a new interview with Henry. He talks about his favorite places on the island, including the Durrell Wildlife Park. Henry will be home to support Durrell as its ambassador during a historic rugby match next month, and you can join him! - Look for updates in the coming weeks, and complete coverage from Jersey.

What do you love about Jersey?

Quite simply I love that it's home. Jersey holds a special magic for me, it's the smell of the sea when I get off the plane or the cry of the gulls or a field of Jersey cows or its incredible history. The place holds such a special place in my heart that it's hard to say what it is exactly that I love about it. When describing it to people I tell them that it's a very small island with a lot of character and some of the most beautiful beaches in Britain.

Pattie, who shared the interview says Henry is "a proud Bean." You could definitely see that when he premiered Man of Steel on the island back in June of 2013. It seems Jersey is just as proud of Henry. Go, Superman! 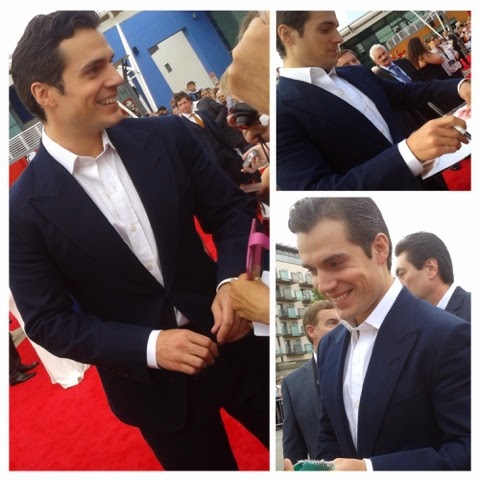 Read the story behind these pics.