Are You Ready Detroit? Henry Cavill Is Coming Your Way Soon!

Sure Supes, kill us with the sexy stare

Okay Superman fans, the time is near. As we get closer to the start of production on Man of Steel 2, we've gotten some exciting news from Detroit. Yes, you probably heard about the budget that Michigan Film officials disclosed, but we're more interested in the part about the "on-location stuff:"

"Grinnell went on to say that the movie will be the largest film shot in Michigan thus far, with a budget of about $131 million, surpassing the amount spent by “Oz: The Great and Powerful,” which filmed in Michigan back in 2011."

“The difference in part is ‘Oz’ did all of their filming at the studios in Pontiac,” Grinnell said. “It was a lot of green screens and set builds there. The Superman-Batman movie will be doing some of that, but they will also be doing some other on-location stuff here in the state.”

Can you say field day!? - Now let's not forget about the Kent farm outside of Chicago. Martha's house was looking almost ready when our reader Lauren checked on it last week (she did say there was still a lot of work that needed to be done). Both Illinois and Michigan officials have confirmed filming will begin in February. We've heard from several sources including The Daily SuperHero, that the studio is trying to find its moles before cameras roll on the Man of Steel sequel:

One source says "loose ends" with info leaks are being located and "rounded up" to prevent future leaks once production starts, when scripts are passed out and before the film releases. (Sounds like someone or a few might be fired.) Then, the other source mentioned that security has improved to the point where the production crew have been notified filming scripts will only be made available on a daily basis and only including scenes for that particular day.

A few months ago the Wall Street Journal had an excellent article about the extreme steps studios have to take to protect their scripts. It's really a must read as we figure some of those same steps are being utilized, as this film goes into production. We can tell you that every person we've talked to that worked on Man of Steel, has told us security was crazy during the filming of that movie. So you can just imagine how tightly guarded they will keep things this time around.

Jett over at Batman on Film says he heard chase scenes involving the Batmobile won't be filmed until the summer. We know where that could be happening. Keep you posted as those scenes get closer. Jett also shared other potential scoopage you don't want to miss, along with elmayimbe's awesome news about Gal Gadot's Wonder Woman costume. It will reportedly consist of armor. Finally, it looks like Bryan Cranston is back in the mix as a possible Lex Luthor. Maybe. Phew, welcome to the musical chairs of rumors.

If you plan to check out some of the sets of Batman vs. Superman (working title), please do let us know at henrycavillnews@gmail.com. We'd love to follow your updates and hopefully share your pics with the rest of the fandom. As always you can count on us to bring you the very latest on everything Henry Cavill. Go Superman! 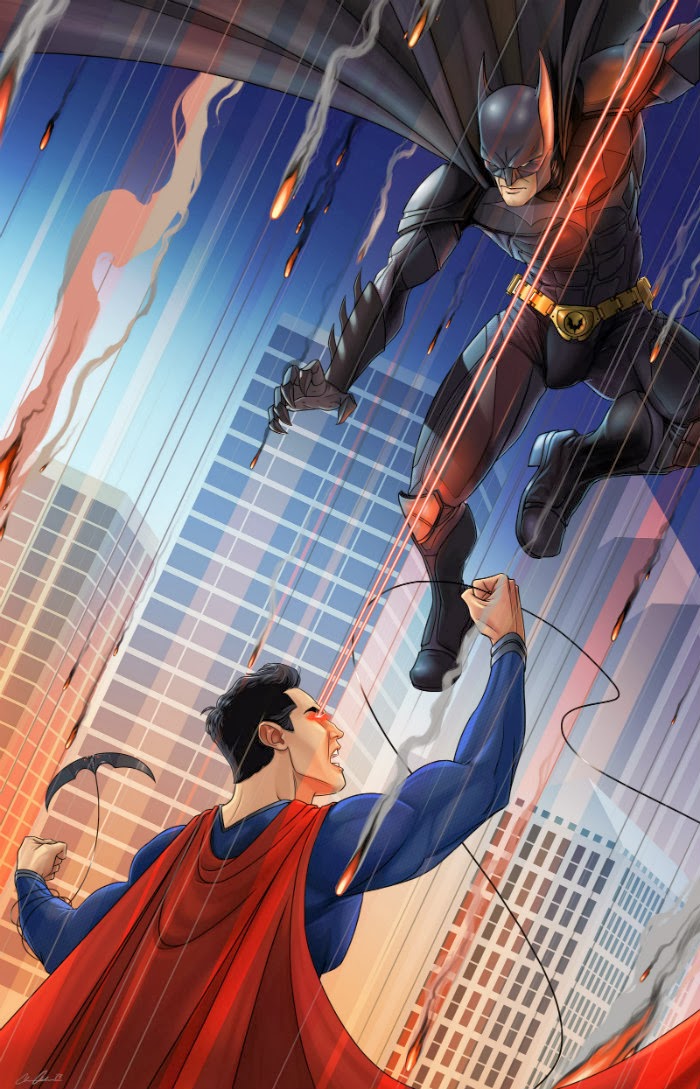 Fan art by Chrisables via Flicks and Bits

Email ThisBlogThis!Share to TwitterShare to FacebookShare to Pinterest
Labels: All About Henry, Man of Steel 2, News, Pre-production