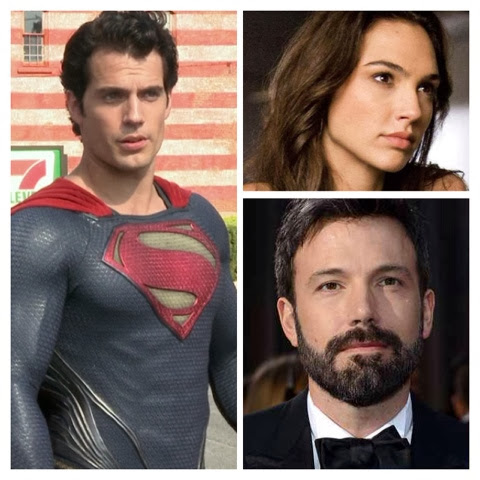 Costume designer Michael Wilkinson talked to Entertainment Weekly about what he has in store for fans in Man of Steel 2:

What can we expect from those Batman vs. Superman costumes? Will you stay true to the original designs for Batman, Superman, and Wonder Woman?


I’m not really at liberty to talk about the details of everything, but suffice to say we really respect the histories of all of these characters. We’re all very reverent about the iconic graphic nature of these characters and their costumes. We see ourselves as part of the natural lineage of how these characters are being portrayed through out the ages and our goal is to create something relevant and exciting for today’s audiences and something that works for this thrilling cinematic universe that our director Zack Snyder is creating.

What kind of research are you doing? What’s the process like when you’re designing something so iconic?

You really dive into the source material. We’re looking at all of the different ways these characters have been portrayed over the ages. We’re looking hard into Zack’s script and working out what makes sense as far as telling the story — who these people really are and what they represent, how to make sense of them in today’s world. It’s an interesting, multilayered design challenge.

When do you think the public might get their first peek at the costumes?
Ooh! Our film just got pushed. It’s now not being released until June or July 2016. I don’t know. We’re been having some interesting camera tests and photo shoots so far. I’m not exactly sure what dates we’re going to get them released, but I’m sure Warner Bros. has it all worked out.

Wilkinson has confirmed Henry's Superman suit will be "tweaked." Stay tuned for the latest as production news comes in from Detroit.

via Batman-News.com
Posted by Blog Administrator

Email ThisBlogThis!Share to TwitterShare to FacebookShare to Pinterest
Labels: Batman vs. Superman, Henry is THE man, Man of Steel 2, News