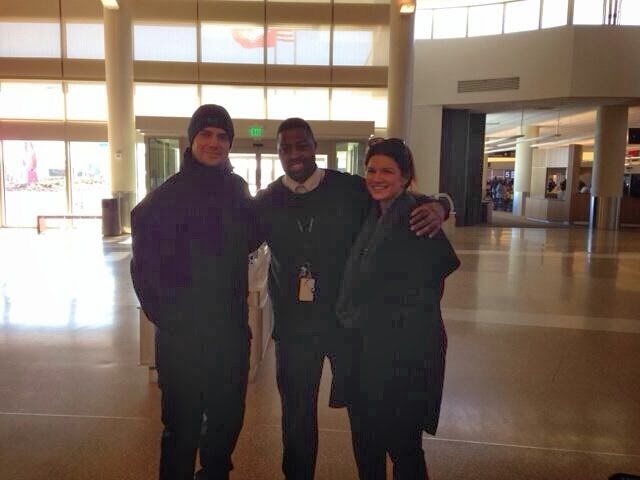 Blade Runner‏@Dre_Slay
@ginacarano @henrycavill sorry about y'all's flights thanks for the picture! Nice meeting y'all!

When UCLA star Xavier Su'a-Filo saw Henry and Gina at the Salt Lake City airport Sunday, he told us he was too scared to say hi, which we found very sweet coming from a big guy like him. Dre-Slay got his chance to meet them today at the Little Rock, Arkansas airport and shared this great pic on twitter. Thanks Dre!

Randall (r_d_k_93) also got a picture with Henry and shared his experience with us after meeting him:

Henry Cavill turned out to be a real nice guy. I didn't have much time to talk to him but he was willing to take a photo with me and introduce himself with a positive attitude. He seems like a pretty cool guy. His girlfriend was very sweet and pretty hot if I must say. Overall it was a cool and positive experience that I feel like most everyday people wouldn't encounter. I hope to see them back in Arkansas! 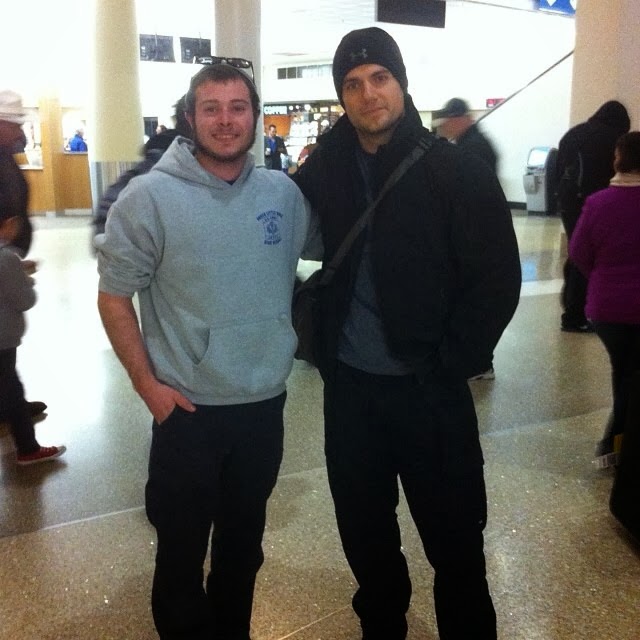 Callie Boyce‏@cj_boyce
For anyone who thinks their life sucks, I was too busy at work tonight to notice I stood less than 10 feet from Henry Cavill.

Yeah.. that would have bummed us out as well. In case you're wondering, it looks like not even Superman was a match for the Polar vortex affecting most of the U.S. right now. Thousands of flights were canceled and it seems like Henry and Gina were stuck in that mess. Thanks for the pics and updates everyone and thanks Henry for always being so awesome with your fans.
Posted by Blog Administrator