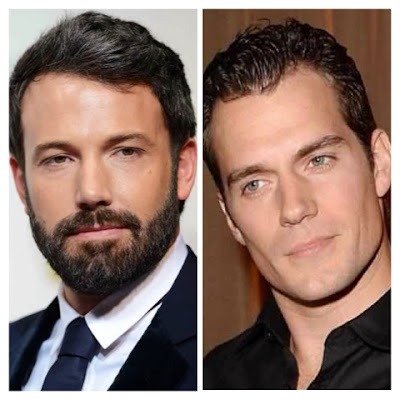 Just as things were starting to look promising in Detroit, we're hit with the big news: Man of Steel 2 will now be released on May 6, 2016.

BURBANK, CA – January 17, 2014 – Warner Bros. Pictures announced today that the release of Zack Snyder’s untitled Superman/Batman film has been moved to May 6, 2016, allowing the filmmakers time to realize fully their vision, given the complex visual nature of the story. The decision was made following the shift of the start of production to second quarter of this year. The Studio has also set a July 17, 2015, worldwide release date for its as-yet-untitled all-new Peter Pan adventure. Joe Wright will direct the epic live-action film about the boy who would never grow up, created by J.M. Barrie. The dual date announcement was made by Dan Fellman, President, Domestic Distribution, and Veronika Kwan Vandenberg, President, International Distribution, Warner Bros. Pictures.

In making the announcement, Fellman stated, “We are happy to take advantage of these coveted summer dates, which are perfect for two of our biggest tentpole releases. We share the fans’ excitement to see DC Comics’ most popular figures, Superman and Batman, together on the big screen for the first time, which will now be arriving in theatres in May 2016. Peter Pan has delighted people of every generation for more than a century, so we are thrilled to bring him back to the screen next summer for today’s moviegoers.”

Kwan Vandenberg added, “We know that there is already great anticipation building for the next Super Hero film from Zack Snyder, and we are equally eager to see what he has in store for Superman and Batman as they share the big screen for the first time ever. The summer release corridor is also perfect for Joe Wright’s ambitious new Peter Pan adventure, reimagining the ageless story of the beloved and forever-young hero for audiences worldwide.”

The new Peter Pan adventure will be directed by Joe Wright from a screenplay by Jason Fuchs, incorporating J.M. Barrie’s classic characters. The film is being produced by Greg Berlanti and Paul Webster.

Read more on The Hollywood Reporter // The Wrap // Variety.

So it sounds like we'll now have to wait a few months for production to begin. Second quarter usually runs April through June. Our gut says we're not hearing the full story on the decision to bump both production and the release date on the sequel. We'll keep updating you as we get more information. Bummer.. but you're worth waiting for Man of Steel!

UPDATE 1/18: Batman-News.com insists Ben did injure himself over the holidays and that's what caused the delay. More to come..
Posted by Blog Administrator