As we wait for a release date on The Man from U.N.C.L.E., Assistant director Terry Bamber is giving us a preview of what we can expect. Terry talked to ArtOvation Radio from the Warner Bros. Leavesden Studios outside of London recently. We've transcribed the parts where he mentions the film and Henry.

:28 -- At the moment I'm just working on The Man from U.N.C.L.E. with Henry Cavill and Armie Hammer (..). Armie Hammer was in The Lone Ranger and Henry Cavill played Superman in Man of Steel and this is a film based on a famous television series in the 1960s that starred Robert Vaughn and David McCallum as two special agents and it's great fun, great fun. We've been to Italy and I was hoping, I was gonna persuade everybody to come to the Bahamas again after the great time we had there during Casino Royale. 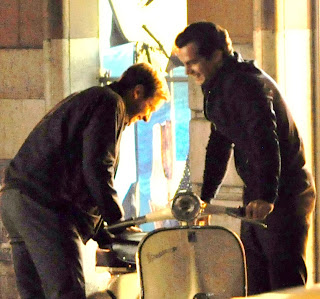 Henry & Armie share a laugh in our exclusive from the Rome set of U.N.C.L.E. 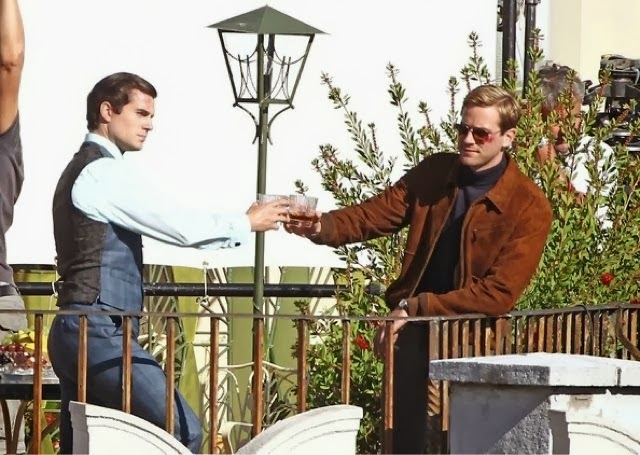 20:20 --  Every film I've worked on recently, there's been a different camera that we've used. On The Man from U.N.C.L.E. we shot with the Alexa camera (Arri Alexa), which is a digital camera.

Terry kept us updated throughout the filming of U.N.C.L.E., sharing some great pictures of the beautiful locations that you will see in the film, as well as his excitement about working with Henry. He's also involved with Cinemagic that trains and inspires young people who want to work in the film industry. Catch his full interview where he also shares some really cool details about working on Bond films and more.

Thanks for the heads up about the interview Terry, we're very excited about seeing your work in The Man from U.N.C.L.E. -- keep up with everything you might have missed during filming in our handy U.N.C.L.E. link that includes some great exclusive fan stories and pictures. More to come!
Posted by Blog Administrator