We See You Solo: First Look At Revamped U.N.C.L.E. Logo 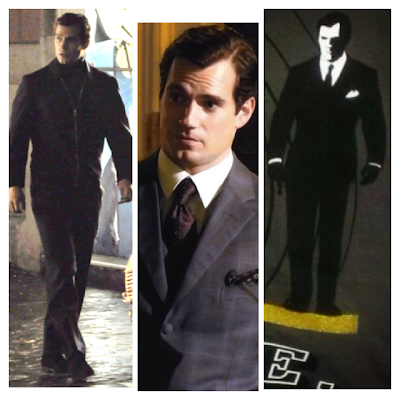 Hey there sexy spy, what a way to start the new year!

When Simon Hoare posted a pic of his The Man from U.N.C.L.E. crew shirt given to him by Warner Bros, he also gave us a first look at the updated logo for the film that's set to be released at the end of the year. And you can tell Henry is definitely the man, HELLO agent Solo. 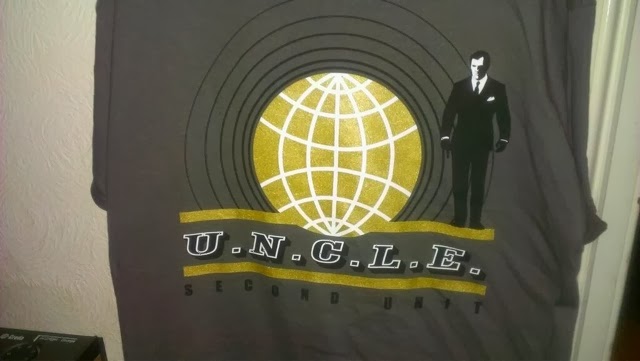 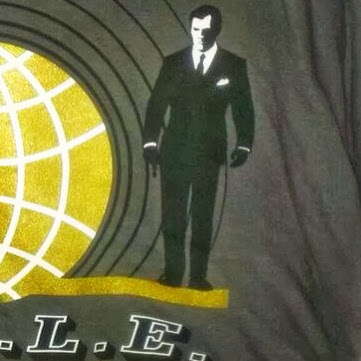 Logo from the TV series 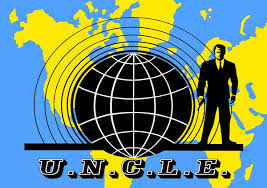 We brought you extensive coverage during the filming of U.N.C.L.E. and we can tell you without a doubt, that it will be a pretty cool spy movie. The Playlist agrees, putting it on its list of the Most Anticipated Films of 2014:

Why It's Anticipated: We're disappointed that the Soderbergh version never happened, and sad that the script by Scott Z. Burns appears to be dumped (Ritchie and his "Sherlock Holmes" writer Lionel Wigramare credited at present), but we're big enough fans of the genre that the idea of a 1960s-set big-budget spy actioner is enough to get us in. If Ritchie can bring the fun and style of his first "Sherlock Holmes" film, rather than the tedium of the second, than we're certainly interested, and while Cavill and Hammer will have a certain amount to prove in the lead roles, there's a lot to like in the rest of the casting, particularly when it comes to Vikander and Debicki.


Release Date: None yet, but look for it to land around the "Skyfall"/"Ghost Protocol" slot in November or December, unless Warners decide to hold it for 2015 (which, given how stacked that year is, would probably be a mistake).


2015 of course includes the release of the Man of Steel sequel in July, which Henry is set to begin filming next month. Skyfall was released in the U.S. on November 9, 2012. The studio released Ghost Protocol on December 15, 2011. As soon as we hear a release date for The Man from U.N.C.L.E. we'll pass it on to you. In the meantime, get to know Henry Cavill as Solo in our exclusive pictures and videos from the different sets of the film. We promise it will prepare you for what's to come: tons of action, tailored suits, amazing locations and a very sexy Henry Cavill as Napoleon Solo.

Thanks to LaneyBoggs2001 for the links.
Posted by Blog Administrator

Email ThisBlogThis!Share to TwitterShare to FacebookShare to Pinterest
Labels: All About Henry, News, Pre-production, Solo Time, The Man from U.N.C.L.E