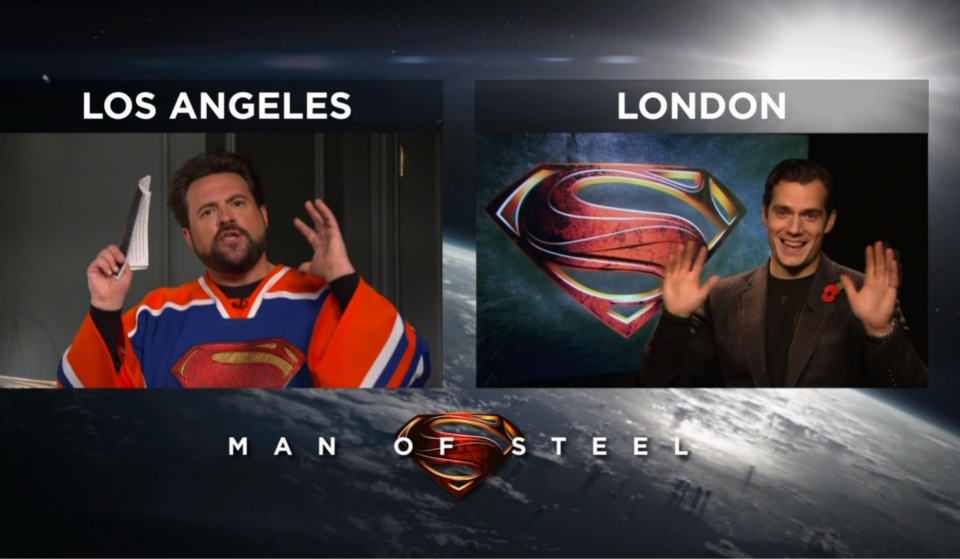 It turns out Kevin Smith had been holding out on us about the pic director Zack Snyder showed him after the 'Man of Steel' Q&A last November. Back then he mentioned it was a first look at the new Batman suit. What he left out was that it also included Superman! - he shared that scoop during a recent podcast:

“I talked about it on Hollywood Babble-On, but I have seen the suit. I did this Man Of Steel Yahoo, fan event when the DVD came out. I was hosting Zack Snyder was there, Amy Adams, we had Henry Cavill from satellite over in the UK, and you know it was all about Man of Steel. And at one point Zack talked a little bit about the future and Batman vs. Superman, but when the show was all done, Zack was all like ‘Kev come here, come here’, and he takes me over to the corner and whips out his phone, and he shows me a picture of Batman. Live action version of Batman. A very familiar Batman, I might add. It didn’t look like any of the cinematic Batmans that have ever gone before. He shows me that picture and behind Batman…Superman in the suit looming in the distance. Both on a roof top kind of thing. It was on a set, a little set they put together for this photo shoot. So I was like ‘Oh my god! Is that the suit?! The suit looks amazing! Did you get people to model it?’ And he goes, ‘That’s your boy.’ And I look closely and it’s Ben Affleck wearing the suit. The suit, it is not mine to spill, in terms of what it looks like, you’ll see it. They’ll tell you when they want you to know, but any Batman fan is going to be F—ing pleased. I’m going to tell you that right now. They gave you the suit you all wanted to see.” 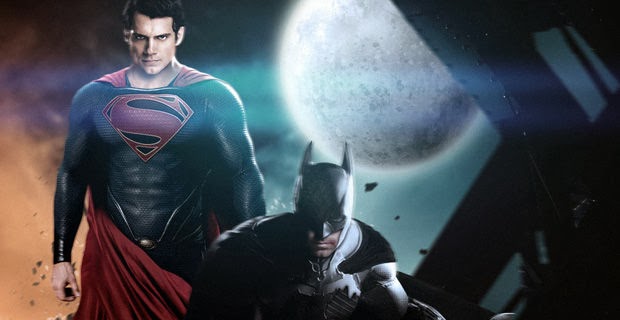 It certainly sounds like a first look at Batman vs. Superman, but now that its release has been delayed (read more on why it ended up on May 6, 2016), it looks like that promo pic may not be revealed just yet. Back in February of 2011, Entertainment Weekly gave us a first official look at Henry as the Man of Steel. Today they shared a little bit more on that experience. 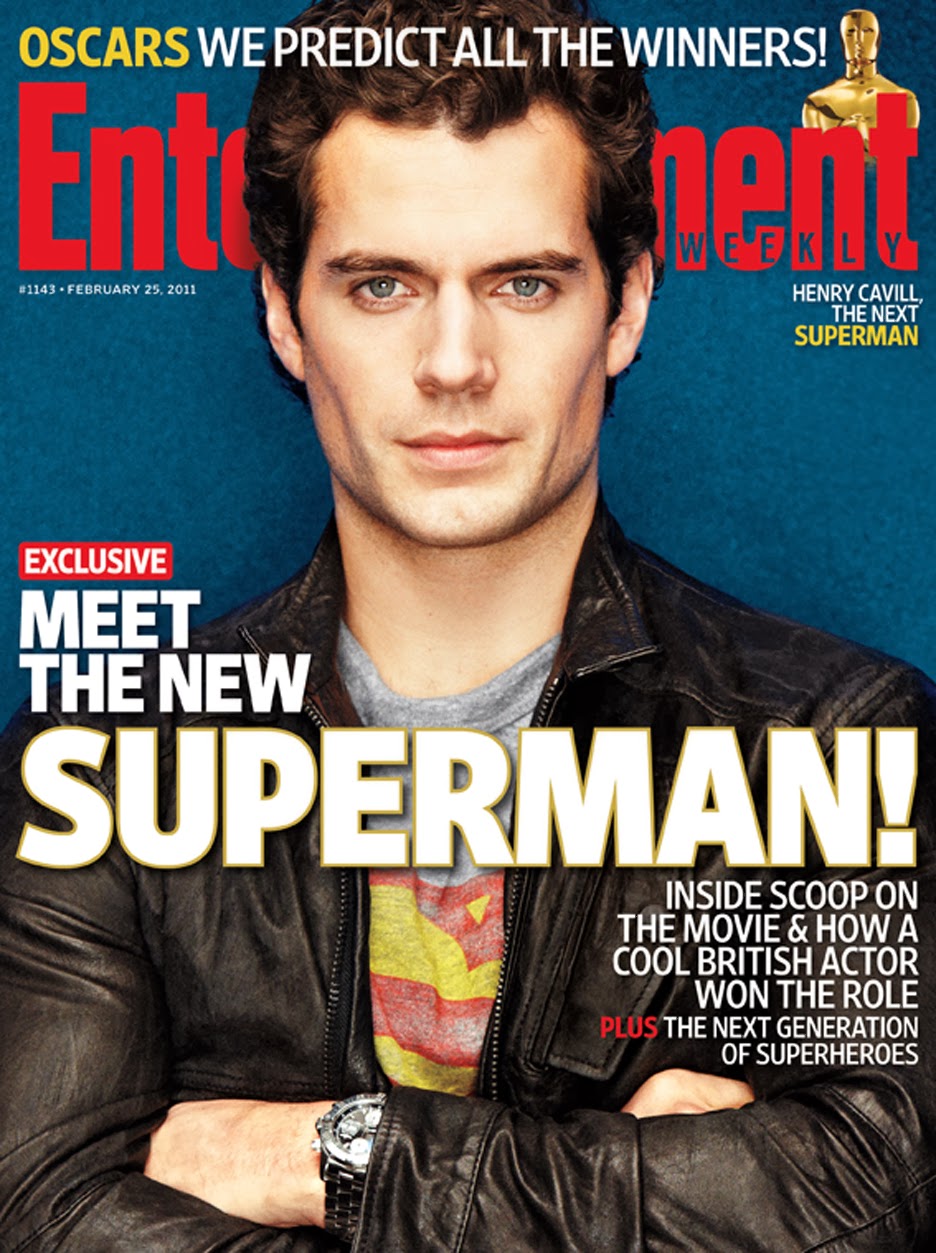 At the time of our shoot, some five months before the film went into production, director Zack Snyder had just given Henry Cavill his first order of business: it was time to hit the gym hard before suiting up for the role that would transform him from a supporting performer on Showtime's The Tudors into the Marvel's super-est of superheroes. This cover, showcasing the actor's piercing blue eyes and rock solid jawline, made it clear he had the right raw materials to embody the Man of Steel. —Bill Keith

Don't miss all the great pics from the photoshoot. Here's Henry's interview from back then. 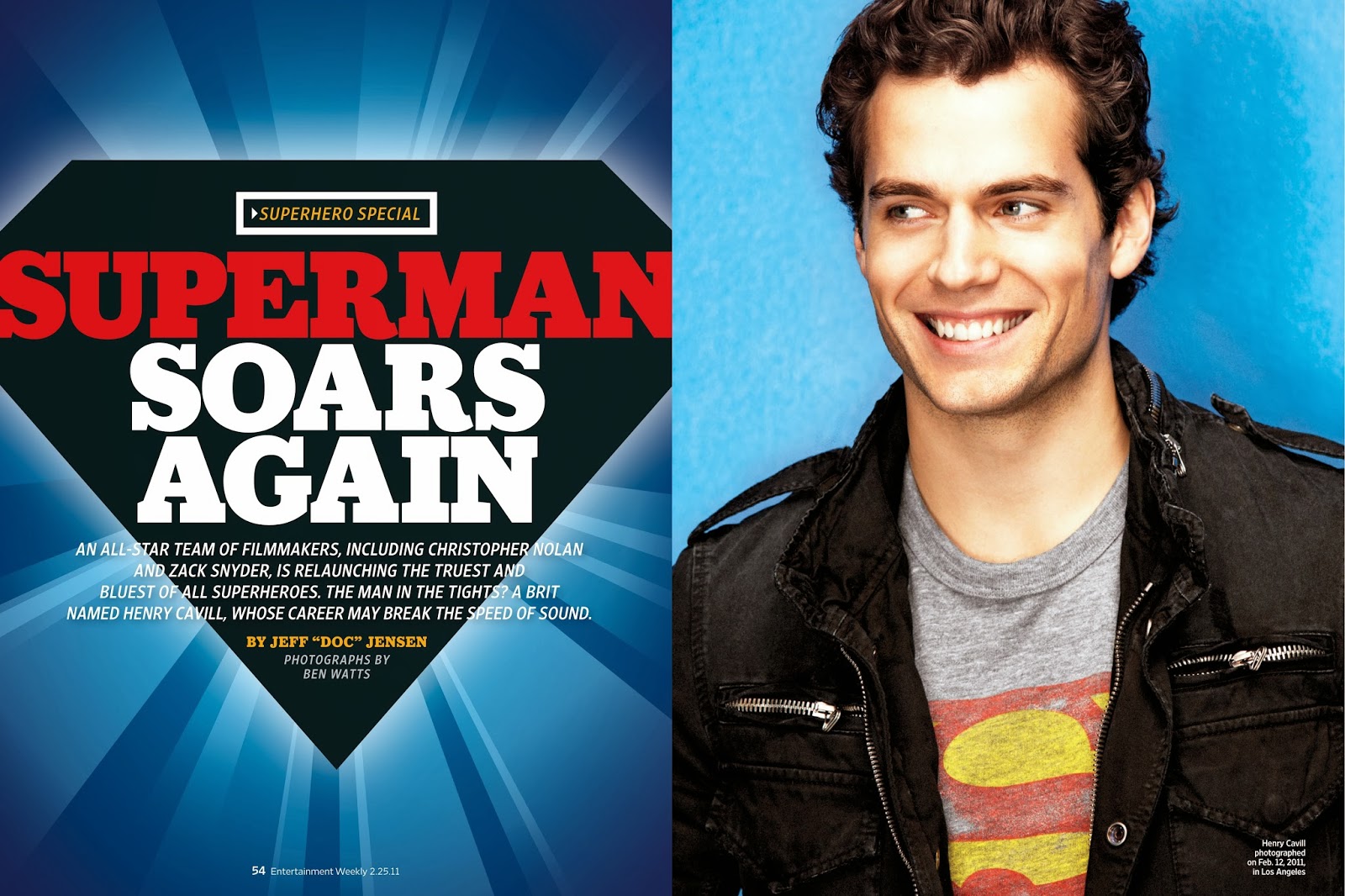 One of the rumors floating around as filming on Man of Steel 2 gets closer, is that Henry will have a new hairdo that will include Superman's classic "S" curl. We brought you the story along with some pics of the curl in action, here was your response.

Babette@cavechic
@HenryCavillNews Not feeling the new 'do. The curl is fine but the rest looks a little 30s gangster. HC will look beautiful regardless.

aka☀ENDridC⭕LE@EnridCole
@cavechic @HenryCavillNews I like the MOS suit and hair best. 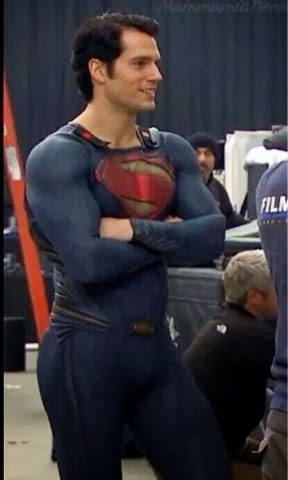 Sasquatch Chaud@fantomofdarena
@HenryCavillNews @EnridCole @cavechic I think he needs to come model it for me in person in order for me to give an objective opinion.

Alright, alright, it seems there are no real fans of the curl so far, but let's just give you a few more examples.. maybe it will grow on you. 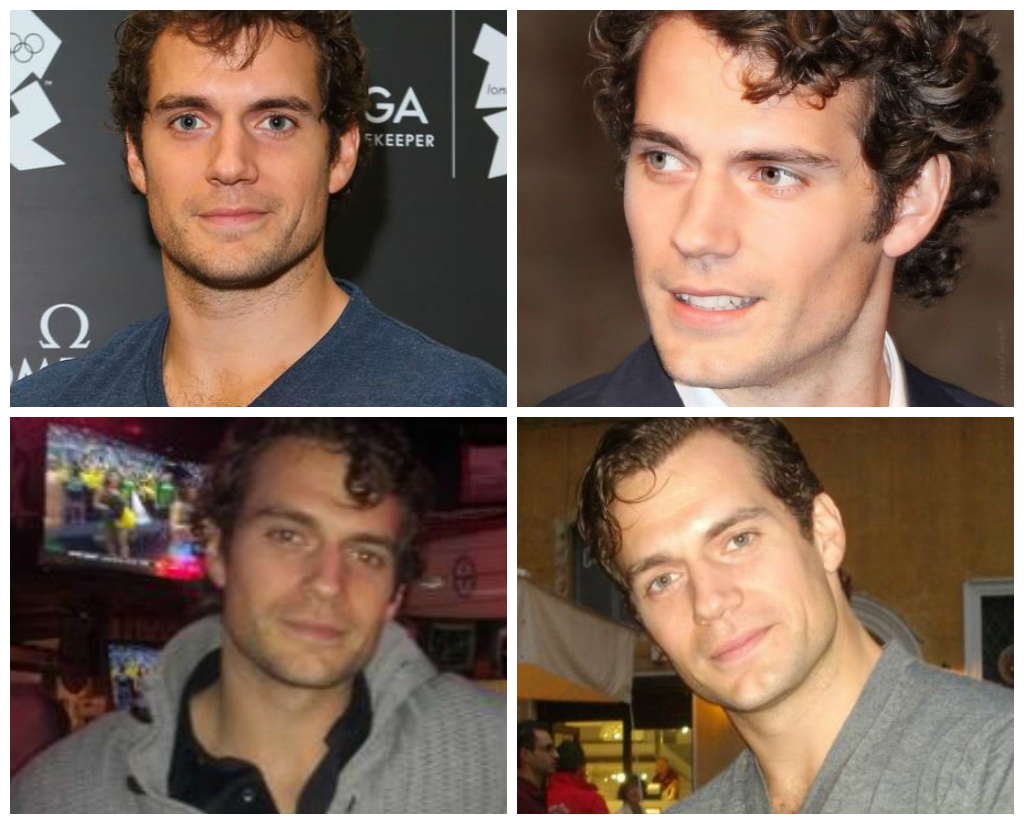 Keep in mind, 'curl-gate' is just a rumor. We'll have to wait and see what Zack Snyder has in store for us. Either way we're sure Henry will rock the Man of Steel look, like the real Superman that he is. Filming details as we get them!
Posted by Blog Administrator

Email ThisBlogThis!Share to TwitterShare to FacebookShare to Pinterest
Labels: All About Henry, Batman vs. Superman, Fangirl Moment, Man of Steel 2