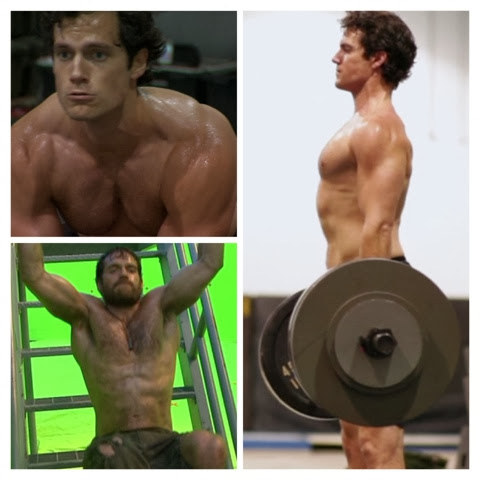 If you had any doubts about Henry's commitment to his work in the sequel to Man of Steel, let Gym Jones reassure you he's not wasting any time. Henry was spotted in Salt Lake City over the holidays, and now trainer Robert MacDonald is sharing details with Moviehole about Superman's workout while he was there:


Well, and I will tell you with Henry that I would put him against any other actor on the planet right now in a fitness test, and I’d put money on the fact that he’d win. He is not just… He doesn’t just look good, he is a fit human being.

And it was a pleasure to work with him. He was in Salt Lake City over Christmas, but a pleasure to work with him because he just works hard. No excuses. He shows up, he does what he has to do. He challenges himself and he goes home. There was a couple of times in Salt Lake City where he was my workout partner and I gotta tell you, a lot of people disappoint me when they train with me, he didn’t disappoint me in the least. In fact, he impressed me. And so, a guy like that who… He looks that way for a certain reason, it’s because he bought into it. He bought into the training, he bought into our philosophy, he did what was needed to be done, and that’s what happens.

Wow! So, were you working on… Was it for Superman or…

No. Mark worked with Henry. Mark Twight and Michael Blevins worked with Henry. Henry came in December because it’s over Christmas and to show you the type of dedication that Henry has, he came in over Christmas because he knew he was going to start shooting the movie Batman vs. Superman and start training for the movie in January. So he wanted to come in December to continue his training. He didn’t wanna take time off at Christmas. 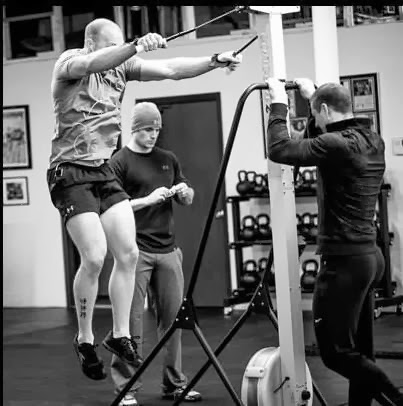 Wow! That is dedication, isn’t it?

Yeah. He was there over Christmas and New Year’s and that’s what he did. He didn’t go home to England and party. He didn’t do all the things that I suppose a normal person would have done. He said, “I’m not gonna take a Christmas break off, I wanna be as good as I can be,” and he came to see us.

Wow! Is he fitter than he usually is now or is he even bigger?

Yeah. His fitness… I would say that his fitness is progressing every single day. And not just in terms of looks, but also in terms of what I call real, genuine horsepower. I think people, even in the exercise world, would be shocked with what he can actually lift, what he can actually do. The things he is capable of. He doesn’t just look good. It’s actual real, genuine fitness which is really nice.

Henry started training for the sequel last summer, while he was in London filming The Man from U.N.C.L.E. - MacDonald goes on to talk about Man of Steel 2 and preparing Wonder Woman Gal Gadot (we were the first to report that Mark Twight was in Israel working with her). Read the rest of the interview at Moviehole. As you know, Henry is now in Detroit still training hard with Michael Blevins. We're keeping track of the latest and bringing it to you as we get it.
Posted by Blog Administrator