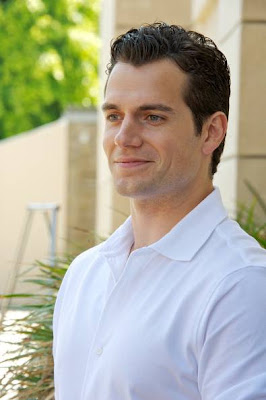 Asia One's Joanne Soh got a chance to sit down with Henry during the Man of Steel press junket last week. In the interview Henry talks about not being a sex symbol:

"I could be playing an incredibly unpleasant character who's not sexually attractive at all in my next movie. So I've no expectations at all."

(Laughing at the rumors) "I don't know. As far as I know, there's no script, there's no director, I've had no meetings."

And he mentions his love for his Mum:

"I love and respect my mother so much because I know what it's like in my house. It's tough with five boys. Yes, I have four brothers. I'm the second youngest.

"My mum is a really tough cookie. She's an amazing woman. She gives nothing but love to us, no matter how bad the day is.

This is one of our favorite candid interviews from the Man of Steel promo, and a definite MUST READ.
Posted by Blog Administrator