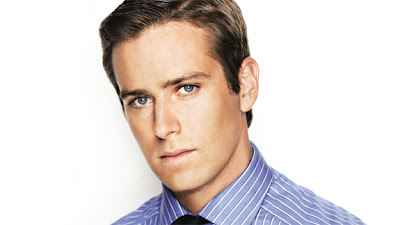 Henry's new costar in The Man from U.N.C.L.E. Armie Hammer, recently chatted with the Inquirer while promoting The Lone Ranger. But Armie was also happy to share his excitement about working with Henry, his research for the role, and spilled details on.. a funny script? we can't wait!

If “Man of Steel” and “The Lone Ranger” work together, what do you get? “The Man from U.N.C.L.E.” Henry Cavill and Armie Hammer, two of the hottest Hollywood male stars today, are teaming up in Guy Ritchie’s movie version of the classic 1960s spy TV series that starred Robert Vaughn and David McCallum as evil-fighting agents.

“I would have loved to work with Tom, but at the same time, I’m also excited to do it with Henry, because it adds a different twist to the movie,” Armie said in a recent interview in Santa Fe, New Mexico.

At the time of our interview, Armie said he has not met Henry or David. “I’m excited about meeting both of them,” said the great grandson of the late oil tycoon and art collector, Armand Hammer. “Hopefully, I’ll get to meet David while making the movie. We start shooting in August.”

“I’m also very excited about playing a Russian,” Armie added. “I’m in the middle of my research phase now. I’m studying the political climate during the Cold War between the United States and the Soviet Union. It was a fascinating time globally. It’s such a great script (by Scott Z. Burns), and it’s so funny! Guy Ritchie has such a great take on it.”

You can read the rest at Inquirer (thanks for the tip Gabi). We will tell you that while Armie said production starts in August, Henry mentioned during his promo stop in Jersey that filming was set for September, which is what we've heard.


Armie also mentioned "working with Superman" during his interview with Australia's The Project (5:15).

Here's some of the info we gathered on the original series and the film when it was first announced. We'll be following news on The Man from U.N.C.L.E. closely, and will bring you the very latest as we get it.

Email ThisBlogThis!Share to TwitterShare to FacebookShare to Pinterest
Labels: Costars, Henry is THE man, Pre-production, The Man from U.N.C.L.E