The Man of Steel promo tour has provided us with some gorgeous shots of Henry. Megan was at the Sydney premiere a few days ago, and captured some beautiful candid moments. She also exclusively shared details with us about her experience. 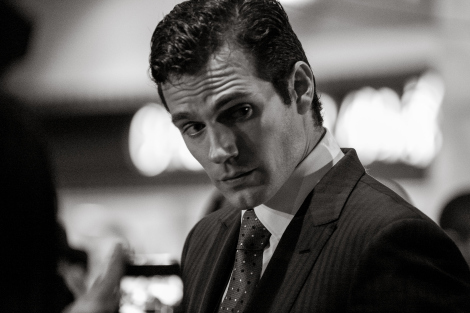 I'm an (aspiring) photographer and I've really liked Henry Cavill for a long time, so as soon as I heard there was going to be a premiere here I knew I wanted to go and try to take photos. I took along my Mum, who is a huge Henry Cavill fan (she didn't need much convincing either).

I have never shot a premiere before, so I had no idea what to expect. I ended up in a position right near where the actors entered. Surprisingly, when Henry entered no one noticed at first. He walked past me and I said "hey, Henry" and smiled, and he looked over and gave me a smile and said "hello". So that was a nice start! Then as more people saw him they started calling out for photos etc, and he said "I'll come back!" and went over to do all his press interviews.

Sure enough, just as promised, he came back over to take photos and sign for everyone along the barricades. Of course he is beautiful - even more so in real life - but what struck me was how patient and humble and sweet he was. He tried to get to as many people as possible. People were yelling his name and reaching over to him and it didn't seem to faze him. I knew this was the last stop in a long press junket too, but he didn't look or act like he was exhausted, although he must have been. He gave everyone his undivided attention.

My Mum was standing on the opposite side to me, and said when he came over he held her hand and she said "Inspector Lynley, Well Schooled In Murder?" and he beamed and held his hand on his heart and said "thank you!". He held her hand for a while too, so she has very good bragging rights at the moment.

He finally came back to where I was standing, and I did get a photo with him. My hand was trembling so bad holding up my phone (so embarrassing!) and after I took the photo he kind of gave me a smile as if he saw that. See what I mean? Such a sweet man. 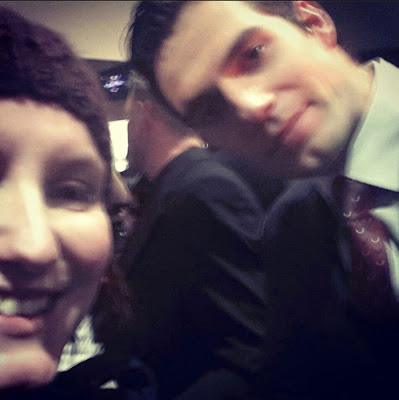 The thing I heard people say the most that night was "this guy will go really, really far" and I have no doubt about that. So I am very, very grateful I got the chance to both photograph him and have my photo taken with him.


Check out even more of Megan's story on her blog. Thank you so much for supporting Henry, and sharing your awesome experience with those of us who couldn't be there.
Posted by Blog Administrator