“The Biggest Change Wasn't Physical, He Changed His Attitude" 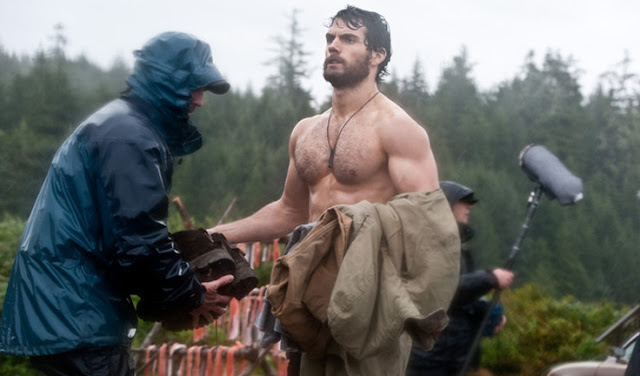 By now you've probably watched Man of Steel one or.. you know.. five times like us. We admit, those shirtless scenes are one of the reasons the main reason we keep going back. The National Guard hit the payload of YouTube views when it uploaded this video of Henry going through the training to achieve that body. Now his trainer Mark Twight, is giving the New York Daily News more insight into what Henry went through physically and mentally during training:

“Henry was utterly honest about how he was feeling, and what he could or could not do in training on any given day,” Twight said. “He was also honest when he needed to blow off steam.” 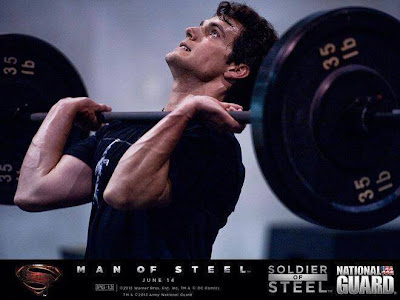 Twight also reveals Henry went through severe mood swings, but stuck to his guns to achieve success. The article is a must read. Check out the rest at The New York Daily News. And don't miss our exclusive  shirtless HQ pics from the set of Man of Steel & much more on Henry's training.

Email ThisBlogThis!Share to TwitterShare to FacebookShare to Pinterest
Labels: Henry is THE man, Man of Steel, Promo, Sexy Beast