Awards Season Upon Us: Will We See Henry In His Tux? 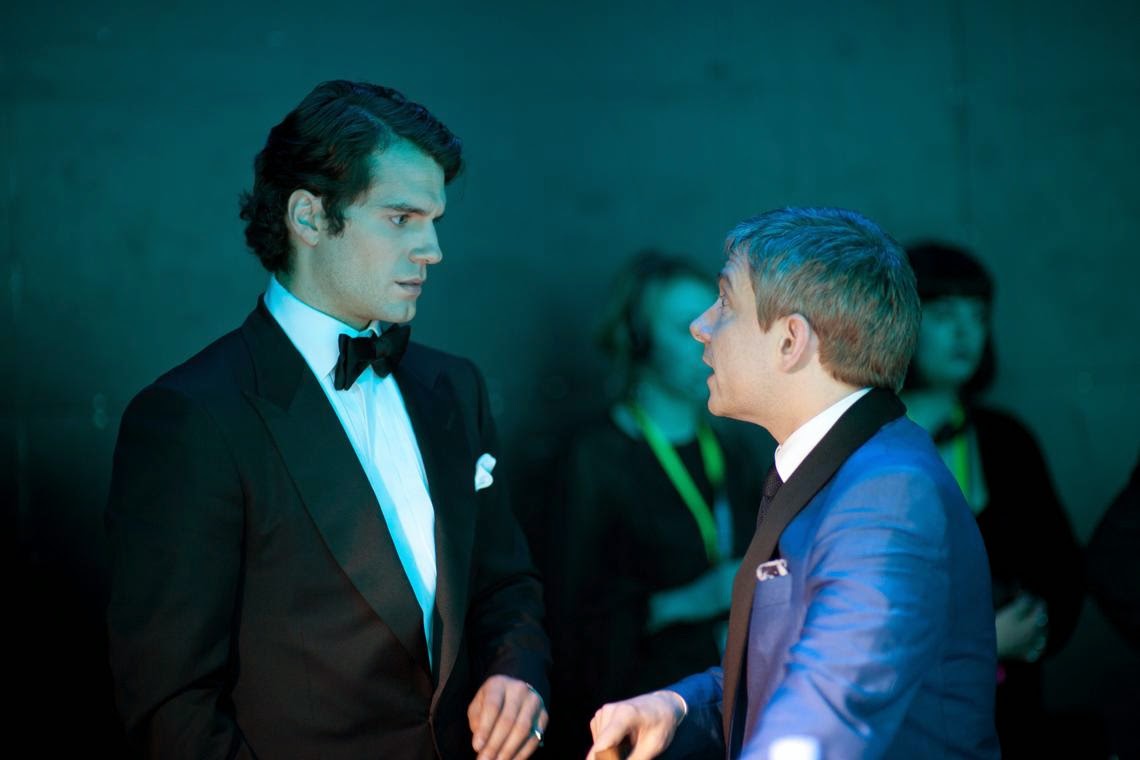 This was an unexpected weekend treat. As part of their 100 BAFTA moments, today the organization released a behind the scenes photo of Henry chatting with Martin Freeman during their appearance on the awards show in 2013:

In the past three years, Martin Freeman and Henry Cavill have starred in two of the world's biggest film franchises. While a crossover featuring Bilbo Baggins and the Man of Steel is unlikely to happen anytime soon, this photograph by Rich Hardcastle allows us the opportunity to imagine what it might look like!

We may not get a crossover, but we'll be squeeing hard, if rumors of a Batman v Superman trailer attached to the latest Hobbit movie turn out to be true (mark your calendar: December 17). Last year photographer Rich Hardcastle shared this stunning backstage photo of Henry at the awards, and gave us some feedback from that night.

Henry Cavill from backstage at BAFTA this year. The new Man of Steel. Also starring the mighty @russellcrowe pic.twitter.com/tbEXWimt42
— rich hardcastle (@richhphoto) May 7, 2013

Henry also attended several events surrounding the BAFTA ceremony, and we have tons of pics from them in our gallery so don't miss them. With awards season kicking into high gear right after the holidays, we're hoping to see Henry on at least a red carpet or two. Last year he was busy preparing for Batman v Superman, and early next year he'll be getting ready for Stratton. So no guarantees, but already picturing it: "Here to present the next award, is the Man of Steel himself Henry Cavill, who we'll see next in this summer's The Man From U.N.C.L.E." SWEEEET. #fingerscrossed
Posted by Blog Administrator