This set came out of nowhere.. *if* it's indeed for Batman v Superman. Filming was supposed to wrap on schedule today in the Chicago area, so when we spotted this tweet overnight we didn't think much of it.


I am currently sitting on a plane with the creators of the new Batman VS Superman movie. Perks of the airport. For real.
— Claudia Wojcik (@xcloudface) November 14, 2014


But then this afternoon this picture most definitely caught our attention. Both Claudia and Dan work at O'Hare, so why are we going to Turkey again?.. UPDATE 11/15: Gal Gadot posted this pic in Chicago. You do the Themyscira math. 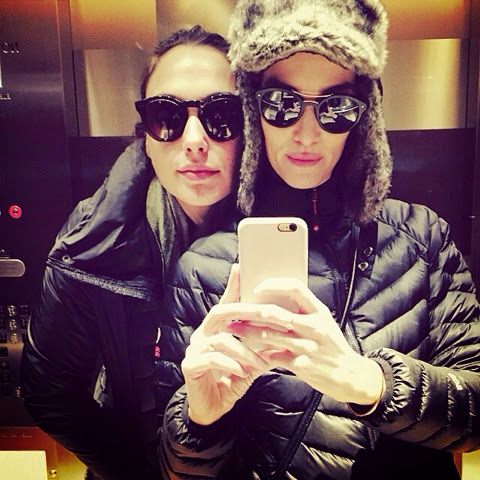 
The cast and crew are expected to head to New Mexico next, as Batman v Superman filming gets closer to a wrap. We're not sure if Henry will be there, but we'll keep you posted!
Posted by Blog Administrator