Supporting Henry: Why You Matter, Why We're Grateful

With Thanksgiving coming up a week from Thursday, we have some of your stories to share. They remind us that there's plenty to be grateful for, when you're a fan of Henry's. The accounts and pics are all from his trip to Gibraltar, where he raised money for The Royal Marines Charitable Trust Fund (still trying to reach that goal!). Read on. 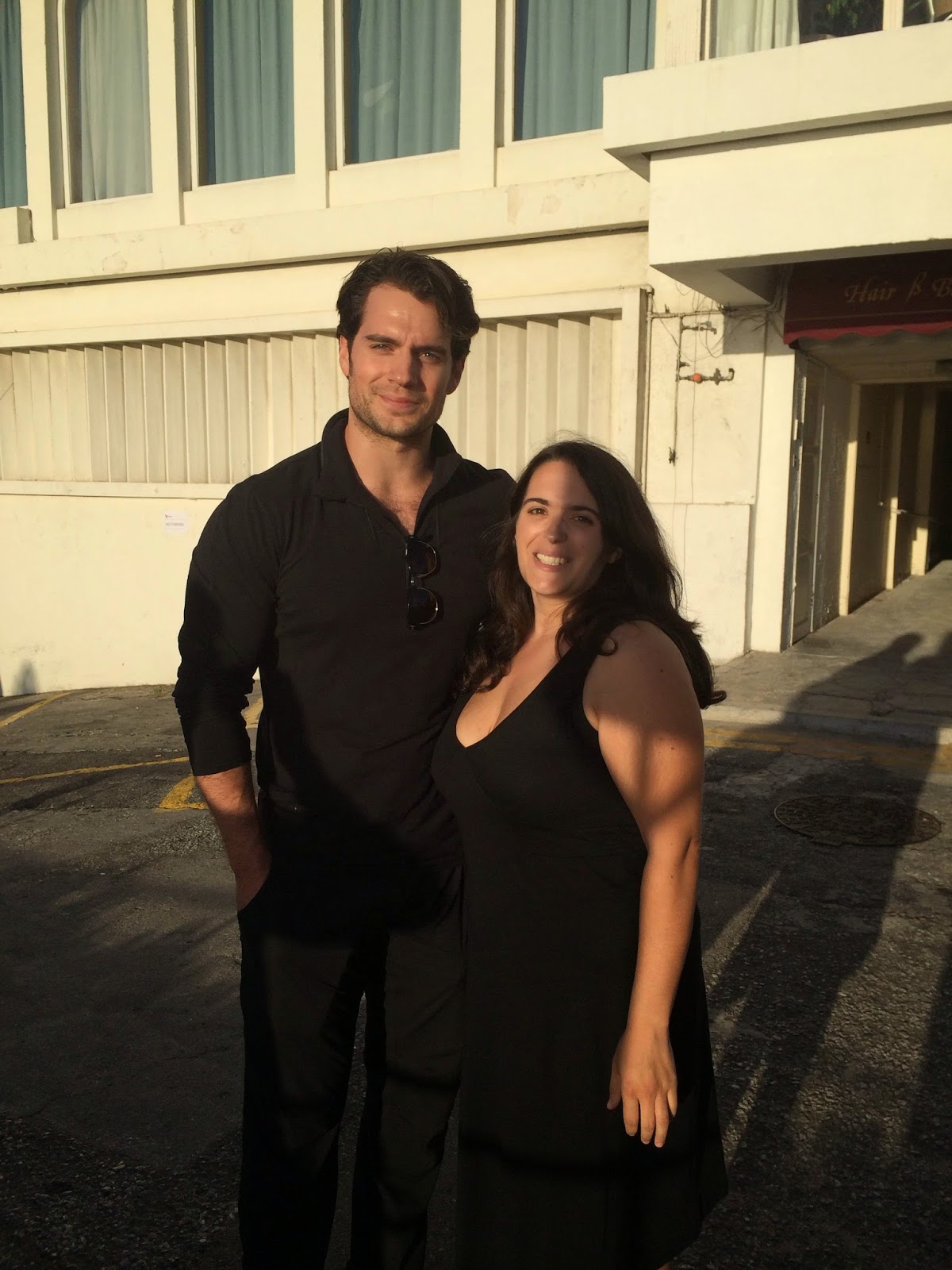 We were wandering aimlessly through Gibraltar's streets and thanks to a lucky strike, we had the chance to meet the man (the dream, the wonder) in person. When I saw him coming our way, my neurons decided to go on a strike after a coup d'état perpetrated by my -much superior in number and strength- hormones. I remained speechless, only able to mumble some disjointed words. Well, at least my survival instinct reacted, and allowed me to indicate to HIM with gestures that he was the object of interest. He came closer to me, and everything that happened afterwards is a blur. I remember some moments, but most of all, I keep the memory of his politeness, his kindness and his enveloping charm. Even if I wasn't able to tell him everything I would have liked to (everything I thought I would have told him in a situation like that), I'm sure I'll treasure this event as long as my memory allows me to. 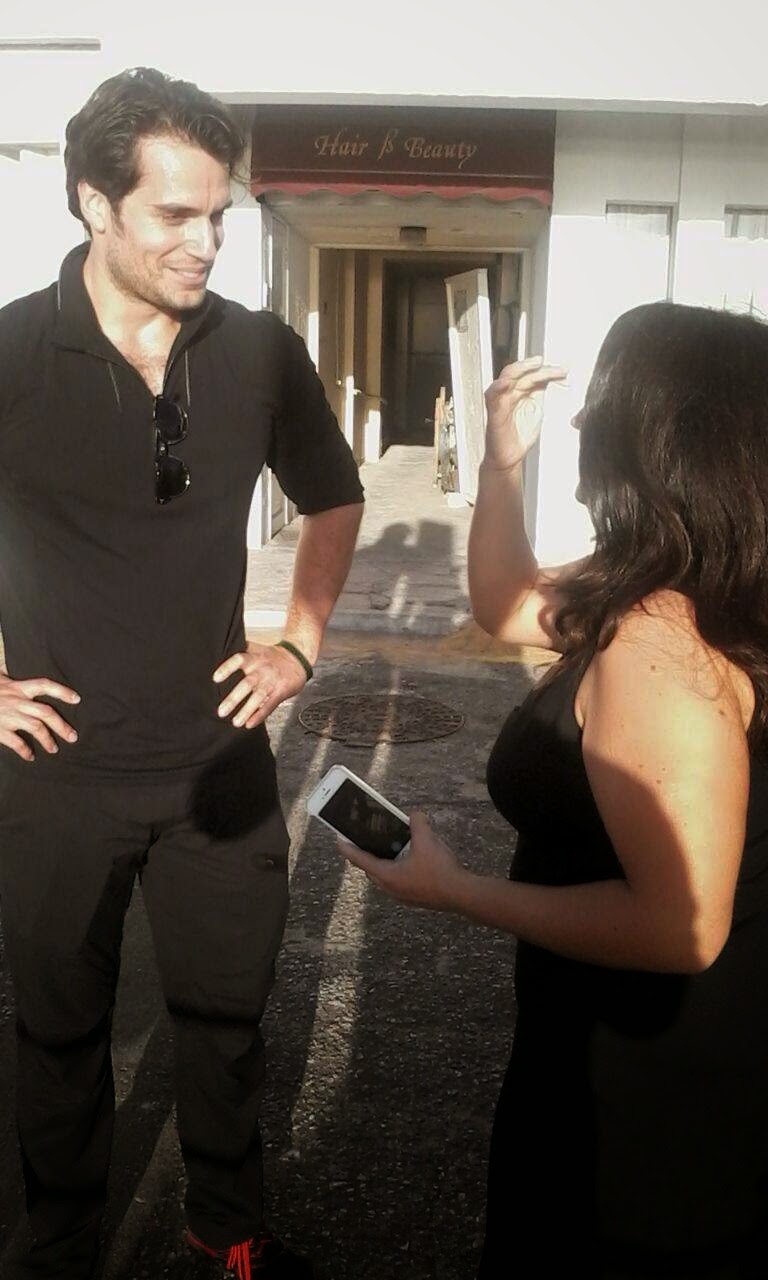 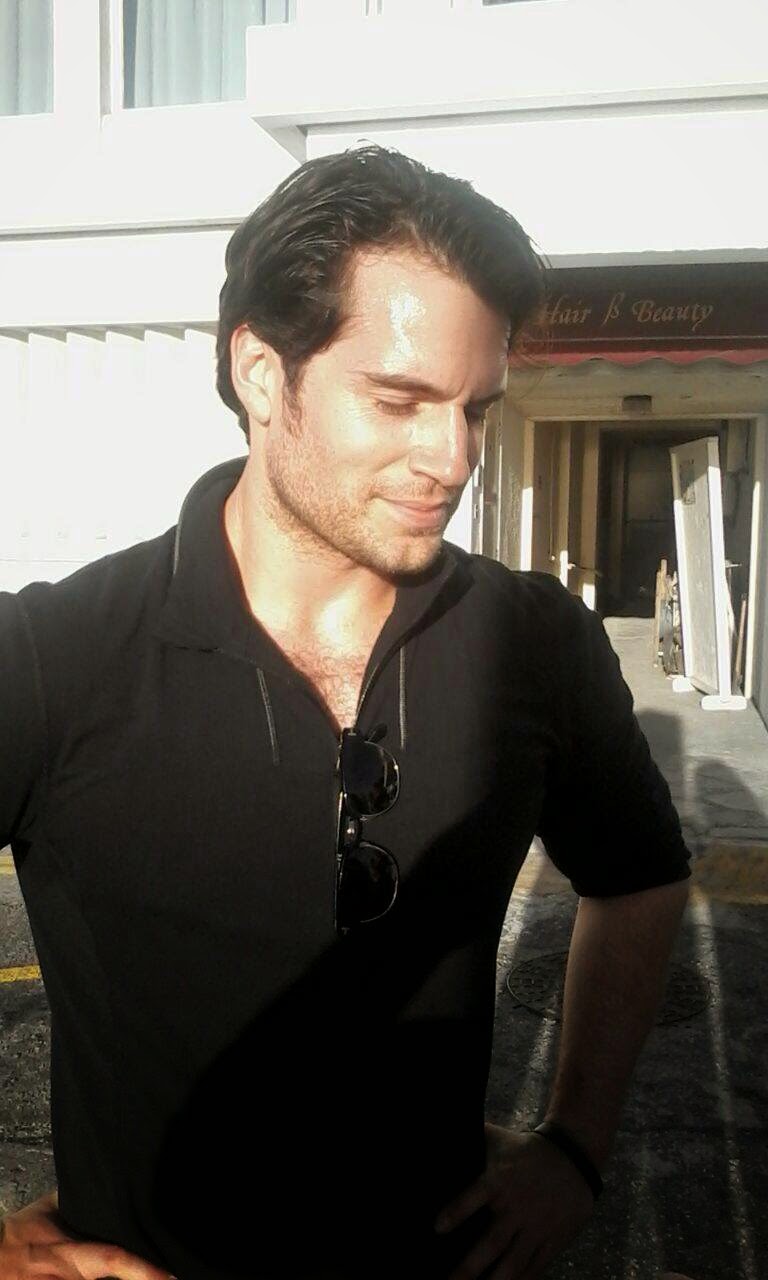 (Yes, even with his eyes closed the man takes one good lookin' picture). 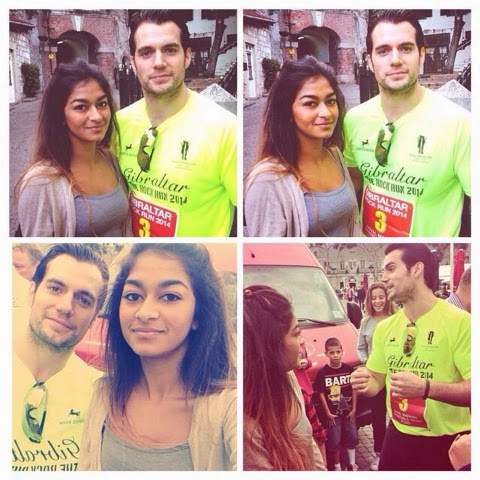 We saw him walking and I was like OMG is that him? I swear it's him! and my cousin was like yes, yes I think it is! but we still weren't sure (because I'm a fan of The Tudors more than Superman, and he's changed a lot since Charles Brandon). So we were debating whether to go up to him for a few minutes cos we didn't know if it really was him. After deciding it was, I went up to him and asked for a photo and then everyone started coming. So then he told everyone that he had to go to an interview (with us!) and he'd try and take photos later. The picture where he's talking is when this happened, his trainer took it :)) and then he went to the interview and everyone followed. He took about a million pictures after that, and then when there was slightly less people I asked if I could take another photo and his brother took it and then they went to get ready for the run. 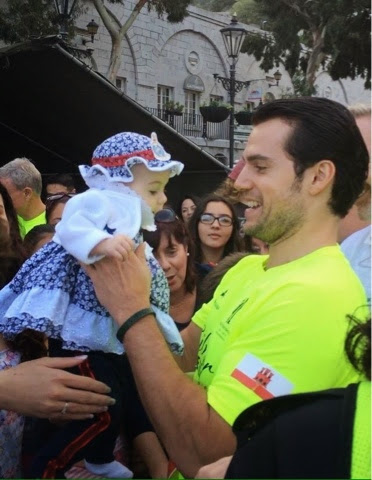 We had posted some of Alisha Harper's cute pics of Henry with her daughter in our wrap from the run, now she's shared a few more and her story. Thank you! 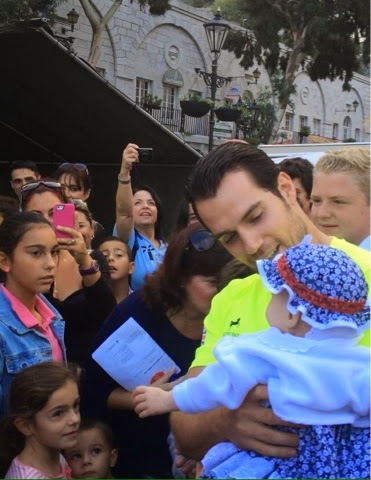 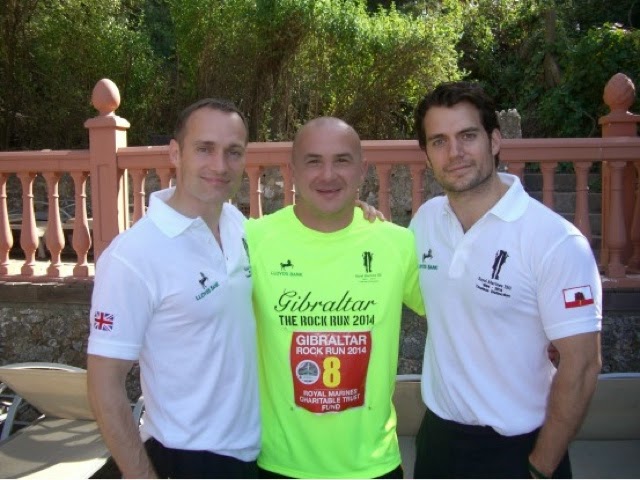 What makes Matt's story the BEST, is that he served with Henry's brother Nik. Talk about a group of Supermen:

This year the media spotlight shone bright as the star of the upcoming Batman v Superman: Dawn of Justice film Henry Cavill announced his participation in the Gibraltar Rock Run. The Man of Steel’s brother Nik Cavill was Matt’s former troop commander when they served together in the Royal Marines.

After catching up, Henry, Nik and Matt all completed the 5k course together on a crisp Gibraltan Saturday morning along with the 347 other competitors.

And then there are the simple messages for Henry that you guys send in. Just a few words, but nevertheless very touching for us to read, and of course to pass on to the person they really belong to.

I think your parents raised you well, you have a nice soul. My father also has 4 brothers and I also come from 5 children, 3 girls and 2 boys, it's great to have a big family. I wish you success in your professional and personal life.

It's always so nice to see your support for Henry. It makes our job a lot more rewarding, to know that with your help we're cheering for this talented and good-hearted guy, all the way to the top! - GOOOO Henry :)
Posted by Blog Administrator