Confirmed: Henry Is Still In Chicago! (& Looking As Hot As Ever) 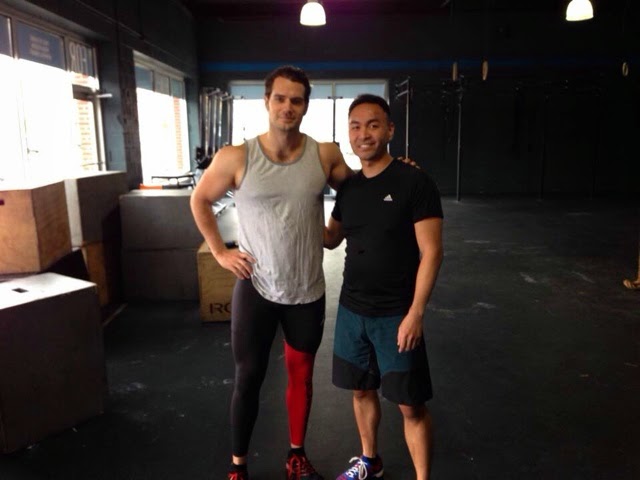 Thanks to @gqxsensazn for confirming that Henry is still in Chicago. He met him today at his gym and had this to share:

This was taken at my CrossFit gym today! I just finished my workout when my coach said Superman was in the building. I asked who he was talking about and he said Henry Cavill. It didn't hit me until 2 minutes later that he was actually serious. I ran into the locker room to get my phone and he was there getting dressed. I introduced myself (shaking of course) and asked how he was. I went back to the CrossFit side and waited for him to come. Then my coach, another member, and I were talking to Henry and his coach for a few minutes. I asked if I could take a picture and he was very polite. I only took one because I didn't want to intrude (..) I'm still shocked after all the times I went to see the filming, I finally met him at my gym!


He later added a bit more, when we thanked him for sharing his photo.


@HenryCavillNews Thank you! I'm still in shock I had this experience!
— gq (@gqxsensazn) November 14, 2014

We don't blame him, Henry seems to have that effect on people #ClassyGuy. The Tribune says filming is set to wrap in Chicago tomorrow, so sooner or later Superman is headed out. Latest as we get it.
Posted by Blog Administrator