Henry Reaches One Million Followers On Instagram, Thanks Fans

Here’s an exclusive image from BvS juuuust because the press tour is right around the corner! @batmanvsuperman #whowillwin
A photo posted by Henry Cavill (@henrycavill) on Mar 5, 2016 at 9:31am PST

If you're not already following him, you're missing out on film exclusives, awesome behind the scenes videos and pics, updates on his charity work, and of course his humor.. aaand his music choices.

We know you'll use that exposure to do only great things.


UPDATE: The MAN has spoken! -- and he has a message for YOU.


You helped raise the bar on Superman training today! I did 1 million reps in honour of you guys…just kidding, it wasn’t anywhere near that many but I did want to say thank you for the continuous support you have shown for the things that are dear to my heart! #thankyou #supermantraining #superman #justiceleague
A photo posted by Henry Cavill (@henrycavill) on Apr 25, 2016 at 3:39pm PDT

Seeing him always show love back to the fans, makes me want to support him even more. He really is our Superman. https://t.co/TPsV7dPnko
— Heather (@HockeyMakeup) April 25, 2016

@HenryCavillNews Seriously, we have the greatest Superman of all time with Henry Cavill. Such a humble human being.
— Jesabel (@JesabelRaay) April 25, 2016

@HenryCavillNews @GeekPride5 Henry, I just want you know that you're one of the best Superman to portray the character incredibly well.
— Thomas Lettich (@DCComicFan18) April 25, 2016

@HenryCavillNews Training like a Boss! We are proud of him, the Superman of our generation and he is the best one. Congrats Henry.
— Sergio-EL (@SergioEES) April 25, 2016

Bring on the black suit and the beard!


Bearded Superman just looks like a badass. Plus Henry Cavill looks cool with a beard,so I'd like to see this. pic.twitter.com/BtVmRRqxfM
— Matt (@Matt_Dorusak) April 25, 2016

P.S. Don't forget you can also keep up with Henry on Facebook. 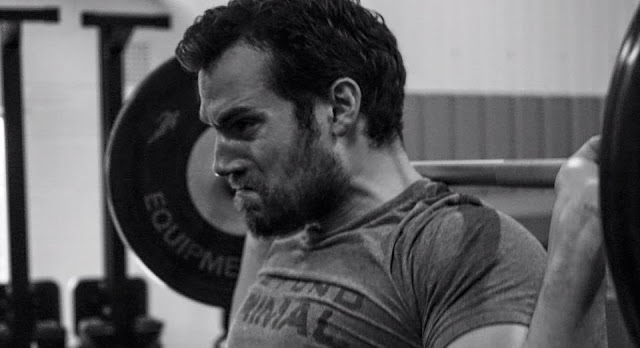