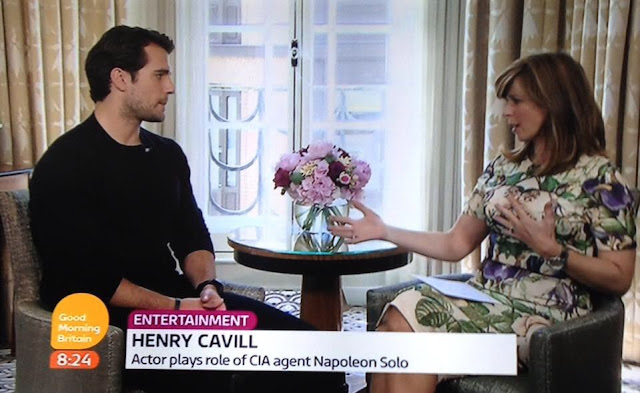 We'd added a clip with the highlights below. If you're outside of the UK, you can WATCH ITV'S REPORT for most of what aired on TV.

He might play Superman but Henry Cavill admits he is scared of flying and likes to take his dog with him on airplanes. Awww
— Good Morning Britain (@GMB) July 31, 2015


P.S. He made Jersey proud. As always.


Love that Henry Cavill managed to mention Jersey and the Siam Cup in his interview on GMB! #JerseyBean
— Alex Watson (@imAlexWatson) July 31, 2015

Email ThisBlogThis!Share to TwitterShare to FacebookShare to Pinterest
Labels: London, Promo, The Man from U.N.C.L.E